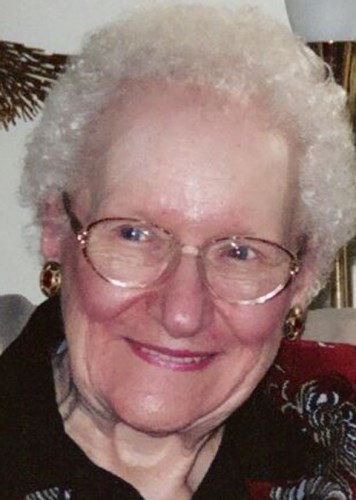 Isobel was born on November 24, 1923 in Gilbert, Minnesota and grew up on a farm in the community of Huron, Wisconsin, the adopted daughter of Benjamin and Marie Heighton.

Isobel graduated from Stanley High School in 1940 and in 1946 married Paul Nesterick. They settled on a neighboring farm in Huron and raised a family of four children. Paul passed away in 1962.

On May 10, 1975, she married Leonard Zirnhelt. Isobel and Leonard lived on the family farm until 1997 when they moved to an apartment in Chippewa Falls, where they lived until 2010 when Isobel moved to Syverson Lutheran Home in Eau Claire. In 2018, she transferred to Dove Wissota Healthcare Center.

Isobel taught catechism for many years at St. Mary's Catholic Church in Huron.

After raising her family, she took training to become a nurse's aid, following which she worked in Stanley and Cornell. Isobel enjoyed gardening, crocheting, reading and spending time with her grandchildren, who affectionately called her "Grandma Bell."

Arrangements are being handled by the Cremation Society of Wisconsin in Altoona.

Published by The Chippewa Herald on Nov. 26, 2021.
To plant trees in memory, please visit the Sympathy Store.
MEMORIAL EVENTS
To offer your sympathy during this difficult time, you can now have memorial trees planted in a National Forest in memory of your loved one.
MAKE A DONATION
MEMORIES & CONDOLENCES
0 Entries
Be the first to post a memory or condolences.