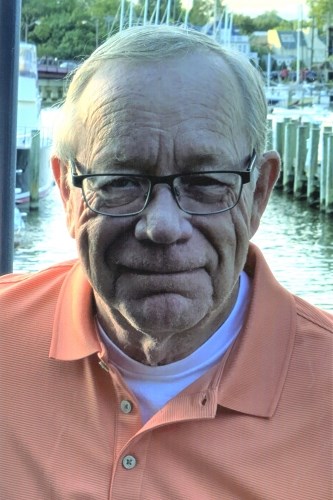 He was born Feb. 6, 1945, in Fond du Lac, Wis., to Frances (Wille) and Wallace Sundet. He grew up in Breckenridge, Minn. and graduated from Breckenridge High School in 1963.

Jim continued his education at the University of Minnesota, and transferred to North Dakota State University in Fargo, graduating with a B.S. degree in electrical and electronics engineering.

Jim and Carol moved to Chippewa Falls in 1978, when Jim took a job at Cray Research. At that time, he began working on the Cray 1. Around the mid 80's, Jim began working as lead engineer of the Cray 2 system. Under Jim's leadership and with a very small group of engineers and manufacturing personnel, they built over $200,000,000 in Cray 2 systems. In 1990, the ELS (Entry Level Systems) division was started with the purchase of Super Tech and Jim lead that team. In 2006, Jim left Cray as Director of Engineering on the Red Storm Project for Sandia National Laboratory.

In 2006, Jim and Carol moved to Maryland and Jim finished his long engineering career working for the NSA (National Security Agency) until his death.

Jim served two terms on the Chippewa Area United Way; and both Jim and Carol volunteered at the White Pine Rehab Center in Fall Creek.

Jim was an avid long distance biker. He and his neighbor friend rode for 12 years in the MS TRAM, "The Ride Across Minnesota" to benefit Multiple Sclerosis (MS).

Both Jim and Carol loved to travel and enjoyed the many trips to Hawaii, the Outer Banks, North Carolina, Fort Myers Beach, and many attractions along the East Coast.

Jim loved his huskies, two of which were rescues, and he spent much time loving, walking and grooming them. They still miss all five of them. Jim also enjoyed his ham radios and restoring his two classic 60's cars.

He is survived by his wife, Carol of Chippewa Falls; brother-in-law, Clifford (Dorothy) Hamann of Round Lake, Minn.; two nephews, great and great-great-nephews and nieces, and many wonderful neighbors, coworkers and dear friends.

He was preceded in death by his parents; his in-laws, Ben and Thersia Hamann; and aunts, uncles, and cousins.

Due to COVID, a celebration of Jim's life will be held at a later date.

To plant trees in memory, please visit our Sympathy Store.
Published by The Chippewa Herald from Oct. 31 to Nov. 7, 2020.
MEMORIAL EVENTS
No memorial events are currently scheduled.
To offer your sympathy during this difficult time, you can now have memorial trees planted in a National Forest in memory of your loved one.
Funeral services provided by:
PEDERSON-VOLKER FUNERAL CHAPEL LLC - CHIPPEWA FALLS
GUEST BOOK
0 Entries
Be the first to post a memory or condolences.