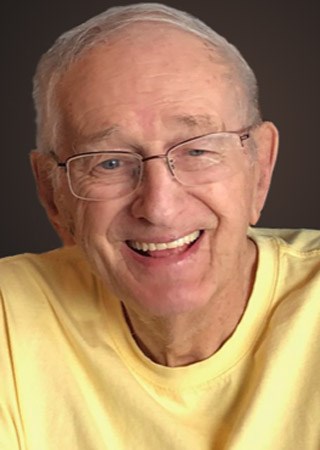 EAU CLAIRE, WI - John K. "Jack" Bourget, Eau Claire, WI entered his eternal home in Heaven with Jesus, his Savior, on July 1, 2021, under the hospice care at his home. Born on January 1, 1930, to Leonard and Loretta (Neisius) Bourget in Chippewa Falls, WI. He married Margaret Ann Howell on November 29, 1951at St. Rose of Lima Catholic Church, Cadott, WI. She preceded him in death and he later married Joann Kathryn Suelze Forry on September 2, 1983.

He is preceded in death by Margaret in 1982; his parents and brother, Truman; sisters, Dolores Gibson, Elaine Peterson and a great-great granddaughter, Maggie Houg.

Jack's faith has always been very strong but very personal to him, so he didn't share much about his faith. Instead, he believed that he should be a living example of his faith. The greatest gift he gave his children was his patience. He was always willing to sit at school so his children could be in a sport, and he was always sitting with anyone who was in the hospital. We could share how many stories that patience was lived out throughout his life.

Jack was a true Chicago Cubs fan and never gave up on them. He had the wonderful privilege of watching the Chicago Cubs win the World Series in 2016.

Mass of Christian Burial will be held at 12 noon on Thursday, July 8, 2021 at Chippewa Valley Cremation Services- Celebration of Life Center, 1717 Devney Drive, Altoona. Father James Kurzynski will officiate. Visitation will be held one hour prior to the service. Inurnment will take place at St. Rose of Lima Cemetery in Cadott.

Chippewa Valley Cremation Services – Celebration of Life Center is assisting the family with arrangements. Online condolences can be left at www.chippewavalleycremation.com