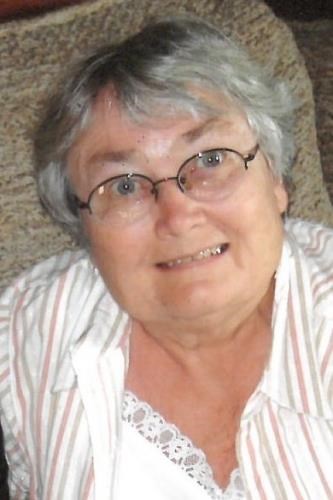 She graduated from St. Paul Harding High School in 1953 and entered the religious life at the Sisters of St. Joseph where she served and continued her education including studying at Notre Dame in South Bend, Ind. achieving a Bachelor's degree at St. Catherine's College in St. Paul and a Master's degree at the University of Minnesota. Her life with the Sisters of St. Joseph ended in 1970 after serving as mother superior for many years.

She was principal at St. Charles Primary School (1982-1999) and Holy Ghost Elementary School (1987-1999) in Chippewa Falls. She was a principal in private schools for 43 years retiring in June 1999. Many of Margaret's students are now citizens in the Chippewa-Eau Claire area and were dearly remembered by Margaret. She never forgot a student.

Margaret was a force for peace, practicing her Christian beliefs and praising the good in her family members and friends. Her life was framed in by daily devotions, seeking greater knowledge and understanding and taking conscientious actions. She was a force for good.

Margaret traveled extensively with her family to over half the states in the U.S. and toured the Holy Land in 2004. She enjoyed seeing and learning about new people and places.

Margaret is survived by her husband, Zeke; and their two daughters, and two grandchildren. They are Francine of Plano, Texas and children, Annabelle and Alex, Dr. Gretchen Glose (Josiah Luscher) of Rainer, Ore. Surviving sister is Eileen (Keith) Conway of St. Paul, Minn., along with numerous nieces and nephews.

She was preceded in death by her parents; sister, Jean Charpentier; and brother, Thomas Hawkins.

Funeral services will be held at 12:30 p.m. Wednesday, Nov. 18, at Holy Ghost Church in Chippewa Falls. The Rev. Justin Kizewski will be celebrant of the funeral Mass. Inurnment will be in Abbey of the Hills Cemetery in Marvin, S.D. at a later date.

Friends may call from 11 a.m. until noon Wednesday, Nov. 18, at the Horan Funeral Home in Chippewa Falls.

Memorials are preferred to Abbey of the Hills in Marvin in lieu of flowers.

Per the state mandate, facemasks are required for all those attending.

To plant trees in memory, please visit our Sympathy Store.
Published by The Chippewa Herald on Nov. 14, 2020.
MEMORIAL EVENTS
Nov
18
Calling hours
11:00a.m.
Horan Funeral Home and Cremation Services - Chippewa Falls
420 Bay Street, Chippewa Falls, WI 54729
Nov
18
Funeral service
12:30p.m.
Holy Ghost Church
, Chippewa Falls, Wisconsin
Funeral services provided by:
Horan Funeral Home and Cremation Services - Chippewa Falls
GUEST BOOK
3 Entries
My deepest sympathies to the rest of Margaret's family. I just spoke to her last week. I will miss her! I am so sorry I will not be able to attend in person. But you are all in my heart and in my prayers! God Bless!!!! Love to you all from the Charpentier family
Linda Charpentier
November 15, 2020
Margaret was one of the most wonderful people I have ever had the privilege of knowing. She had a great smile, wonderful laugh, and a kind and caring personality. It was an honor to have worked with her while she was principal at St Charles. I extend my sympathy to Zeke, the girls, and all her family.
Pat Bischel
November 15, 2020
Remembering Margaret Ann as a great leader, a generous soul and lots of fun. Prayers and thoughts from Mary Jane Hovey's family
Jane Wagemaker
Family
November 14, 2020