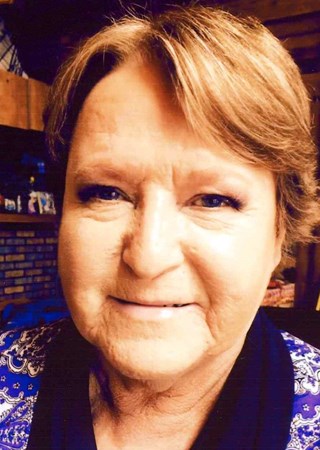 Mary Ann (Brunner) Hopkins died Friday, May 21, 2021, at 6:00 PM. She was surrounded by all her children and grandchildren, as well as her sister Patricia and son Shawn Rosenberg.

Mary Ann Brunner, born August 16, 1951 was the second of four children of Cyril and Beatrice (Bauer) Brunner. Her father and several of his brothers ran Brunner Seed Corn Company, and Mary spent part of her childhood detasseling seed corn and helping on the dairy farm.

Mary graduated from Mondovi High School in 1969 and moved to the Twin Cities. She lived with cousins George and Brenda Taylor and landed a job at 3M Company's Corporate Headquarters in St Paul, working in the Business Products Division.

In the summer of 1969, she met Bill Hopkins of Hudson WI. On June 12, 1971 they were married. Bill graduated from the University of Minnesota in 1973 and they moved to Arlington VA. Bill attended the George Washington University Medical School in Washington DC, and Mary transferred to the 3M Business Products Division in nearby Springfield VA.

In 1977 they moved to Minneapolis MN, where Mary finished up working at 3M, and Bill started Family Practice Residency at University of Minnesota Hospitals. Mary gave birth to two boys-William Bixby, born 1977, and Lucas James, born 1979.

In 1980 they moved to Owen WI, where Bill practiced family medicine for 20 years, and Mary raised her two boys. She also began amateur bowling at the local, state, and national level, as well as coaching children's bowling. She took up golfing, which became a lifelong passion. Their home was outside of town on five acres, and Mary kept a large garden. She loved to cook, often for the boys' golf, football, and basketball team members. Her sweet and sour pork and sloppy joes are requested to this day.

Both boys golfed for the high school team, and Florida became a winter destination, with theme parks and golf in abundance. By 2001, the boys in college, Mary and Bill moved to Florida. Dr Bill worked part time and they enjoyed golf, the beaches, and the sunshine state for 7 years.

They returned to their roots in 2008 and lived in Cadott. Dr Bill worked at clinics in Thorp and Stanley for 5 years, retiring in 2013. Mary and Bill travelled extensively, both in the States and abroad. Over the years they visited nearly every state, even Hawaii. They visited Germany, the Netherlands, Austria, England, Spain, Bermuda, and the Caribbean including San Juan.

Mary had a lifelong passion for politics. She was a "dyed-in-the-wool" Democrat, and donated time and money to their causes and candidates. There were several highlights. In 1992 she met Bill Clinton and Hillary on their bus tour in Eau Claire County. In January 1993 she was invited and attended Senator Russ Feingold's inauguration ceremonies in Washington DC. On the same trip, she met Representative Dave Obey, and Senator Herb Kohl. In 2019 she met and talked with Senators Tammy Baldwin and Tammy Duckworth in Eau Claire. She was very proud to see the Democrats win back the Presidency in 2020.

Isolated by the Covid epidemic for over a year, Mary avoided the contagion. A former Michael Jordan and Chicago Bulls fan, she became a Milwaukee Bucks fan and watched every game. She also loved watching women's and men's professional golf. However progressive chronic illnesses weakened her, and she spent the last ten days of her life in Luther Mayo Hospital's Critical Care Unit.

Mary will be missed by her numerous nieces, nephews, grand-nieces and grand-nephews, cousins, and friends across the state of Wisconsin, the United States, and the world.

Donations in her honor may be sent to her favorite charities: Habitat for Humanity, https://www.habitat.org/ or Planned Parenthood, https://www.plannedparenthood.org/.

Cremation Society of Wisconsin, Altoona is assisting the family with arrangements. Online condolences may be shared at www.cremationsociety-wi.com.

To plant trees in memory, please visit our Sympathy Store.
Published by The Chippewa Herald on Jun. 4, 2021.
MEMORIAL EVENTS
No memorial events are currently scheduled.
To offer your sympathy during this difficult time, you can now have memorial trees planted in a National Forest in memory of your loved one.
Funeral services provided by:
Stokes Prock & Mundt Funeral Chapel & Crematory
MEMORIES & CONDOLENCES
Sponsored by Stokes Prock & Mundt Funeral Chapel & Crematory.
1 Entry
To Bill and family, sorry to hear about Mary. She was a great lady and enjoyed visiting with her when she came into the pharmacy
Dale schmidt
Work
June 4, 2021