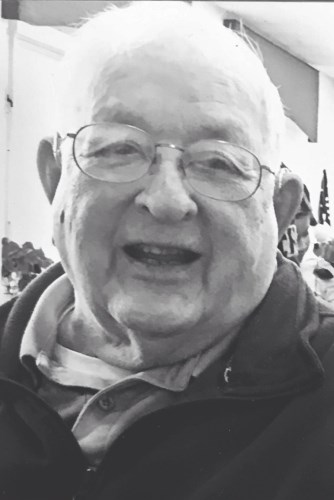 Robert G. Romsos, 89, of Chippewa Falls died peacefully Monday, Nov. 2, 2020, with his loving wife by his side, singing their favorite songs.

Bob was born in Cameron, Wis., at home, to Ole and Marie Romsos. He was blessed with a sister, Marie (Robert) Bennett of Wilmington, Ohio; and two brothers, Wally (Carol) Romsos and Donnie (Claudia) Romsos of Richland, Wash.

Bob entered the Army in 1952 and served in Korea, sustaining injuries protecting our forces until being honorably discharged in 1954 as an E4.

He met the love of his life, Jean Ekstom, while trying to buy her brother's car and got the best deal ever, celebrating 65 years of marriage.

They made him smile!

Bob spent the last three plus years at the Veteran's Home in Chippewa but preferred to hunt and fish at the Huntin' Shack. Those days blessed his soul with joy.

He was a member of the Cameron American Legion Post 194 and would like memorials shared with them.

Central Lutheran Church in Chippewa Falls will be honoring him at a private family service with burial in Cameron at a later date.

Cremation Society of Wisconsin, Altoona is assisting the family. Online condolences can be shared at www.cremationsociety-wi.com.

To plant trees in memory, please visit our Sympathy Store.
Published by The Chippewa Herald on Nov. 7, 2020.
MEMORIAL EVENTS
No memorial events are currently scheduled.
To offer your sympathy during this difficult time, you can now have memorial trees planted in a National Forest in memory of your loved one.
GUEST BOOK
2 Entries
Our sincere condolences to the family. Holding you in our prayers at this most difficult time. Bob was very special to us and his smile was contagious. (And his teasing)
May he RIP. Hugs to you Jean and the girls and your families.
Bob and Karen Scott
Friend
November 12, 2020
So sorry for your loss! God has another blessing in his home!
Jeanne Symiczek
November 9, 2020