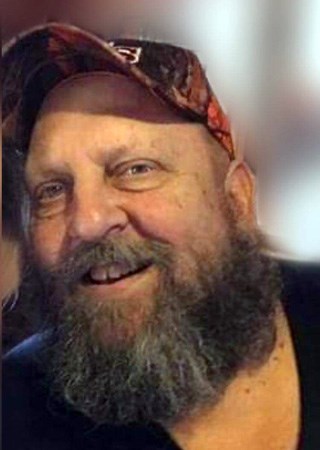 Bubba was born October 13, 1957 at St. Joseph's Hospital in Chippewa Falls to Clinton and Violetta (Gilles) Semanko. He was an athlete, playing both football and baseball during high school and softball for many years after in leagues. He worked for Mason Companies for 44 years, until he retired last year. He enjoyed the outdoors and was an avid hunter and fisherman. He also loved watching the Packers and the Badgers, as well as many other sports. Bubba will be remembered for his big goofy smile, big laugh, great sense of humor, and his willingness to always help family and friends.

In lieu of flowers, donations may be made to St. Judes or Feed My PeopleThe family would also like to extend a huge thank you to Heartland Hospice….. everyone there was AMAZING!!!

Published by The Chippewa Herald on Jul. 7, 2021.
To plant trees in memory, please visit the Sympathy Store.
MEMORIAL EVENTS
Jul
9
Celebration of Life
5:00p.m.
Rick's Halfway Bar
319 N. Main St, Cadott, WI
Funeral services provided by:
Leiser Funeral Home
MAKE A DONATION
MEMORIES & CONDOLENCES
Sponsored by Leiser Funeral Home.
1 Entry
Bob was a good person and a friend. I enjoyed watching him play the sports that he excelled at. I watched him grow as a man and remember when he and Karen stopped at the gas station where I was then working showing off the engagement ring so many years ago..... He added something positive to my journey on this planet, and will be missed....
Les Liptak
July 8, 2021
Showing 1 - 1 of 1 results