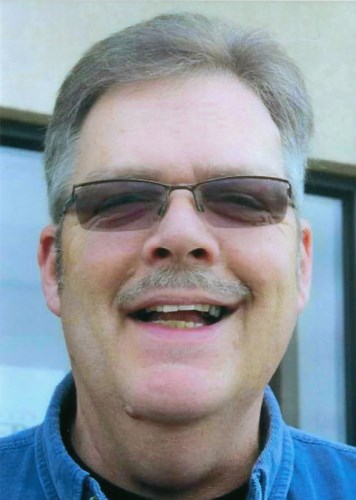 STANLEY - Thomas L. Thornton, 67 of Stanley, passed away on Tuesday, November 23, 2021 at Marshfield Medical Center-Eau Claire. He was born on June 15, 1954 in Chippewa Falls to the late Dayton and Jean (Forrester) Thornton. Tom grew up attending Notre Dame grade school and graduated from Chi High in 1972. He went on to receive a degree in Police Science from Eau Claire Tech. Tom married Jean Beaudette in August of 1976 at St. Charles Catholic Church.

Tom worked as a police officer for the Village of Hallie from 1972-1976, the City of Stanley from '78-'90 and for Chippewa County Sherriff's Dept. from 1990-2009. He also served as a Chippewa County supervisor, was on the Stanley-Boyd School Board, was a founder of the Delmar ATV club, was a member of the Cadott Trap Club and an active member of both the Stanley Rod and Gun Club and Sportsman's Club. Tom loved his many motorcycle rides with the Geezer's. Also after his retirement from law enforcement he worked as the maintenance man at Sunset Homes in Stanley.

Tom is survived by his wife, Jean of Stanley; three sons: Jason (Samantha) of Owen, Kyle and Brady (Dani Roth) both of Stanley; four grandchildren: Ashlynn, Wyatt, Ellie and Brynnley; his sister, Pamela (Charles) Urzykowski of Toledo, OH; his brothers: William (Gina) of Justin, TX, D. Joseph, JR of O'Fallon, MO, Paul (Rose) of Lutz, FL, Edward (Liz) of Vancouver, WA and Anthony (Heather) of Chippewa Falls as well as many nieces and nephews. He is preceded in death by his parents; his granddaughter, Claire; his nephew, D. Joey Thornton; a grandniece, Siena and his sister in law, Dawn Thornton.

A funeral mass will be held at 11AM on Monday, November 29, 2021 at Holy Family Catholic Church-Stanley with Father William Felix officiating. Visitation will be from 4-8 PM on Sunday at the Plombon Funeral Home and one hour prior to the service Monday morning at the funeral home.