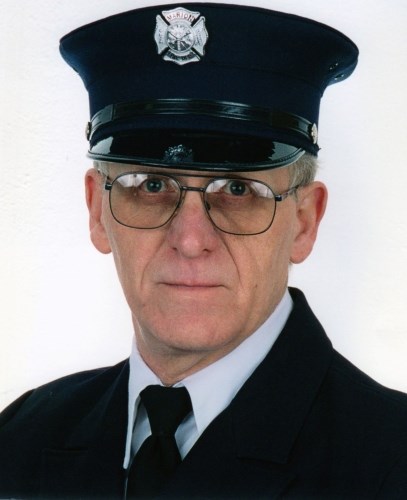 Terry Lee Malott, 74, of Marion, passed away at 3:09 pm on Friday, September 17, 2021, at Marion General Hospital, following a long battle with multiple health issues, including COPD and emphysema. He was born in Wabash, Indiana, on Saturday, December 7, 1946, to Bobby Malott and Jeanne (Meek) Ringle. On July 3, 1998, he married Carol Wagner-Bullard, who survives.

Terry graduated from Marion High School and served in the United States Army during the Vietnam War. He was the proud recipient of the Purple Heart and Bronze Star and achieved the rank of Private. Following his honorable discharge, Terry was a firefighter for 18 years with the City of Marion Fire Department, retiring in 2005. He was an avid bowler and was inducted into the Grant County Bowling Hall of Fame.

He is also survived by his son, Deke (Debbie) Bullard of Noblesville; daughter, Jenny (Cameron) Goff of Marion; granddaughters, Abbi (Harry) Yiesla, Madison Goff, and Olivia Roberts; grandsons, Grant (Josie) Bullard, Ethan Roberts, and Kolby Bullard; one great-granddaughter and one on the way.

He was preceded in death by his parents, Jack and Jeanne Ringle; son, Mike Worth; sister, Susie Malott; and brother, Jay Ringle.

At Terry's request, there will be no public visitation or funeral service.

Memories may be shared online at www.nswcares.com.

Published by Chronicle-Tribune on Sep. 20, 2021.
To plant trees in memory, please visit the Sympathy Store.
MEMORIAL EVENTS
To offer your sympathy during this difficult time, you can now have memorial trees planted in a National Forest in memory of your loved one.
Funeral services provided by:
Needham-Storey-Wampner Funeral Service - North Chapel
MEMORIES & CONDOLENCES
Sponsored by Needham-Storey-Wampner Funeral Service - North Chapel.
0 Entries
Be the first to post a memory or condolences.