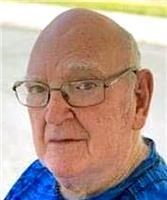 BORN
1935
DIED
2021
FUNERAL HOME
Chas E. Davis Funeral Home
3075 S. Florida Ave.
Inverness, FL
Donald J. Leuallen, born June 23rd, 1935 in Salem, NJ, went peacefully to be with the Lord on September 9th, 2021 under the care of hospice at Citrus Memorial Hospital, Inverness, FL. He was preceded in death by his wife and mother of his children, Mary A. Burk Leuallen; his 2nd wife, Arlette Gifford Leuallen; his parents, William and Mary (Schultz) Leuallen; and his brother, Billy Leuallen.
Those left to cherish Donald's memory are his daughters, Julia A. Leuallen Rinnier (Steve King) and Diana Leuallen Lilla (Terry); his cherished grandchildren, Mary Scott Booth (Alan), Angela Ulissi, Valerie Rinnier Johnson (Robert), and Natalie Rinnier Specie (Sean); his adored great-grandchildren, Gage, Allora, Dakota, Madison, Dalton, and Gemma; and his friend and companion, Mary Merrick.
Donald enjoyed baseball, fishing, football, and talking sports. He enjoyed taking care of his Orchids and working in his garden. He also loved traveling and spending time with his family and friends. He was an active animal lover and enjoyed spending time with his cats. He was also an active member of St. Margaret's Episcopal Church of Inverness. He was involved in several committees and served as a Worship Leader.
Donald will be remembered for his way of bringing joy in others. He was loved by many and will be dearly missed.
A Celebration of Life for Donald will be held at St. Margaret's Episcopal Church at a later date, when friends and family can all be together. Cremation with Care is under the direction of Chas. E. Davis Funeral Home, Inverness, FL. In lieu of flowers, the family requests memorial donations be made to Citrus County Animal Services of Inverness, FL, 4030 S. Airport Road, Inverness, FL 34450 or to St. Margaret's Episcopal Church, 114 N. Osceola Avenue, Inverness, FL 34450.
Published by Citrus County Chronicle on Sep. 16, 2021.
To plant trees in memory, please visit the Sympathy Store.
MEMORIAL EVENTS
To offer your sympathy during this difficult time, you can now have memorial trees planted in a National Forest in memory of your loved one.
Funeral services provided by:
Chas E. Davis Funeral Home
MAKE A DONATION
MEMORIES & CONDOLENCES
1 Entry
At times like these its hard to say something soothing to the soul. I find the scriptures to be more comforting because you can always go back them for comfort, as well as going to God in prayer always remember no matter how hard times get God is always there for you. Just call on him especially by name & he will answer you. So keep you ears & eyes open & God will never fail you. Please accept my deepest condolences of your loss.
Simone Taylor
September 21, 2021
Showing 1 - 1 of 1 results