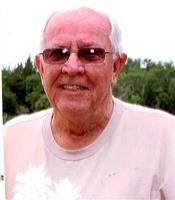 BORN
1938
DIED
2021
Elwin "Mose" Mosier passed away September 9, 2021. He was born on January 16, 1938 to Kenneth and Marian Mosier in Davenport, Nebraska. Elwin graduated from Davenport High School in 1956, where he played football and ran track.
Elwin went on to earn a degree in Animal Husbandry and Chemistry at the University of Nebraska. He was a member of a fraternity where he earned the nickname of "Mose". Elwin married Lou Ann Harrison, his High school sweetheart, during his senior year of college. They were married for 51 years. She passed away in 2009.
From there they moved to Westminster, CO. He continued his Education at the University of Colorado, earning a degree in chemistry. His career started as a chemist working for Coors Brewery in Golden, CO. Later on he went to work for the U.S. Geological Survey in Denver as a chemical spectrographer, using new techniques in the federally mandated search for heavy-metal deposits throughout Nevada, the Midwest, and also Colombia, South America. He became Chief of the specialized group, headquartered in Denver, until his retirement. Over the years he earned much praise and several awards. Upon retirement to Sugarmill Woods, he volunteered as a bus driver for the Key Training Center.
Elwin is survived by Carol, his wife of 8 years, a son, Brian (Leling), of Niceville, FL, daughter Lisa Pederson (Steve) of White Bear Lake, MN, brother ValDean, of Burnt Hills, NY, brother Richard (Wanda), of Lincoln, NE, sister Mildred Mealey of San Diego, CA, step-son Jason Thompson (Jennifer), of Westerly, RI, plus 5 grandchildren and 2 great-grandsons.
Elwin enjoyed watching the Huskers' Nebraska University football games, the Denver Broncos, golfing, playing dominos, Poker, and spending time with family and friends.
A Memorial Service will be celebrated at the Homosassa Methodist Church at a later time. In lieu of flowers, please make monetary donations to the Wounded Warriors Project or the Methodist Church in his memory.
Sign the guestbook at www.chronicleonline.com.
Published by Citrus County Chronicle on Sep. 19, 2021.
To plant trees in memory, please visit the Sympathy Store.
MEMORIAL EVENTS
To offer your sympathy during this difficult time, you can now have memorial trees planted in a National Forest in memory of your loved one.
MAKE A DONATION
Please consider a donation as requested by the family.
MEMORIES & CONDOLENCES
3 Entries
Our sincere condolences to Carol and their families.
Ivan and Becky Jones
October 8, 2021
We loved Mose, will miss him, love to family and friends!
Fran n Ray
Friend
September 19, 2021
Mose I will miss you dearly you were such a sweet and caring person. Such a good friend and a wonderful husband to Carol. Rest in peace my friend until we meet again.
Lucille Walker
September 19, 2021
Showing 1 - 3 of 3 results