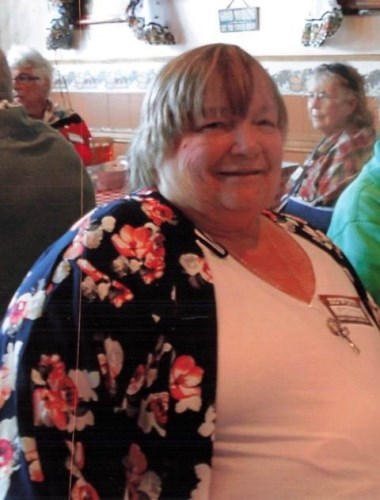 Jacqueline "Jacqui" Watkins, age 61 of Beverly Hills, FL, passed peacefully away Saturday evening, November 13, 2021, at her home with both her family and a hospice nurse by her side. Jacqui was predeceased by her mother, Cecile Meyers, father Maurice Giroux, brother David Giroux and stepfather, John Meyers, Sr.

When meeting Jacqui you knew she had a sincere dedication to her business providing "peace of mind" with children and adult safety and home protection. She received "Best of the Best" and "Honorary Mention" (Chronicle sponsored) several times and was very proud to have been selected each time. She was a chamber member and an active member in the Citrus Business Network, a life member of the Inverness Lion's Club and a very involved Realtor's Association of Citrus County (RACC) business partner.

A Celebration of life will be announced at a later date. Jacqui's family asks that due to her passions for local charities that all gift considerations be made in Jacqui's name to either the Inverness Lion's Club or a local charity of your choice. Online condolences may be made to the family at www.hooperfuneralhome.com.

Published by Citrus County Chronicle from Dec. 5 to Dec. 17, 2021.
To plant trees in memory, please visit the Sympathy Store.
MEMORIAL EVENTS
To offer your sympathy during this difficult time, you can now have memorial trees planted in a National Forest in memory of your loved one.
Funeral services provided by:
Hooper Funeral Homes & Crematory
MAKE A DONATION
MEMORIES & CONDOLENCES
0 Entries
Be the first to post a memory or condolences.