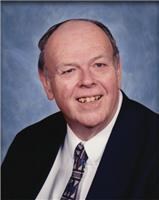 BORN
1938
DIED
2021
FUNERAL HOME
Fero Funeral Home with Crematory
5955 North Lecanto Highway
Beverly Hills, FL
John J Boylan Jr. of Lecanto, FL passed away on Wednesday Sep 15, 2021 at Citrus Memorial Hospital. He was 82.
He was preceded in death by his wife, Mary Anne (formerly Jensen),and his parents, John and Mary Boylan. He is survived by his sister, Carol Androvich, his three children and their spouses Nancy and Scott, Jeff and Kari, and Steve and Bonnie, his niece Debbie Androvich, and 7 beloved grandchildren: Brenna, Bethany, Brooke, Zoe, Cormac, Finn and Liam.
Jack, as he was known to his friends and family, was industrious from a young age, starting to work at age 10 with a lawn care business and continuing to work at various jobs including maintaining a large paper route, serving at a Tasty Freeze, pumping gas at a Gulf gas station, and gathering addresses for various catalog and coupon mailing services. He graduated from Rahway (NJ) High School in 1956 and entered into a management training program for Woolworth's 5 & 10 stores. After several months there, he decided he wanted to do more and enrolled in Seton Hall University, which he graduated from with his class in 1960.
After graduation, he took a position with the Department of Transportation in New Jersey as a Right of Way Investigator and worked his way up the ranks to become the Director of Right of Way for the state. Highlights of his career included managing the acquisition of the property for the Meadowlands Sports Complex (Giants stadium). He retired in February of 2001 and relocated to Florida with his wife Mary Anne.
He met Mary Anne in 1961 at a Catholic singles dance that he was attending with friends. He noticed a group of three ladies and told his buddies he'd "take the tall one" (she was 5'11 and Jack was 6'6) - she won his heart with her personality and baking skills and they were married in August of 1963. They had 3 children and were married for 54 years, up until Mary Anne's passing in 2017. His son Jeff has four children and Steve has 3. He adored his grandchildren and looked forward to seeing them every chance he could.
Hobbies in his younger years included building model train sets, deep-sea fishing, and beating his kids at basketball and tennis. He was also extremely handy, thanks to his dad, and could fix just about anything. In more recent years he enjoyed eating out (and ordering in), reading, sudoku and crossword puzzles, and watching Rays baseball games. He had a regular Friday night "supper club" with his sister, niece and friends, which was a weekly highlight. He was also fortunate to have several wonderful neighbors that brought him home-cooked meals and helped him out around the house.
A viewing will take place on Thursday, Sep 23, 2021 at Fero Funeral Home, 5955 N. Lecanto Highway, Beverly Hills, FL 34465 at 9:30am followed by a Mass and service at St. Scholastica Catholic Church, 4301 W Homosassa Trail, Lecanto, FL 34461 at 11am.
A short graveside service will take place following the Mass at the memorial gardens adjacent to the funeral home.
Sign the guest book at www.chronicleonline.com.
Published by Citrus County Chronicle on Sep. 20, 2021.
To plant trees in memory, please visit the Sympathy Store.
MEMORIAL EVENTS
Sep
23
Viewing
9:30a.m.
Fero Funeral Home with Crematory
5955 North Lecanto Highway, Beverly Hills, FL
Sep
23
Funeral Mass
11:00a.m.
St. Scholastica Catholic Church
4301 W Homosassa Trail, Lecanto, FL
Sep
23
Graveside service
memorial gardens adjacent to the funeral home.
FL
Funeral services provided by:
Fero Funeral Home with Crematory
MAKE A DONATION
MEMORIES & CONDOLENCES
0 Entries
Be the first to post a memory or condolences.