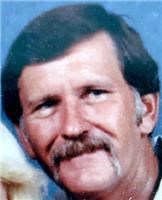 BORN
1941
DIED
2021
ABOUT
Tarpon Springs High School
FUNERAL HOME
Strickland Funeral Home - Crystal River
1901 SE Hwy 19
Crystal River, FL
Larry A. Riviere of Crystal River, FL, beloved father, brother, uncle, pop-pop, and friend, passed away unexpectedly on Saturday, January 30, 2021 at the age of 79 at Seven Rivers Hospital. He proudly served his country as a member of the United States Air Force from 1962-1966 and was a Veteran of the Vietnam War. He was born in Dunedin, FL, the youngest of three children on November 10, 1941, to the late Lawrence L. and Viola (Henderson) Riviere and relocated to Crystal River from Safety Harbor over 40 years ago with his wife Trudy.
In addition to his parents, he was preceded in death by his wife, Trudy L. (Shade) Riviere, son Lawrence Jason Riviere, sister, and sister Fleda Riviere Wood.
When his wife passed away unexpectedly, he was left to raise his two young sons becoming both mother and father. He and his boys spent their time boating, camping, fishing and hunting. He was a member of Ducks Unlimited and had his sons active in the organization. He coached little league baseball and was involved in all their activities.
He graduated from Tarpon Springs High School in Tarpon Springs, FL in 1959 and studied business administration and horticulture at the University of Florida and Florida State University. He was an avid Gator fan attending many of the games with his sons in the Gator Limo.
His business background began as a young boy in his family's orange groves in Palm Harbor, FL, and later included the Clearwater police force, owner and manager of two restaurants, a trucking company, owner of the former Riviere apartment complex in Crystal River, Sears, and retiring from Xerox Corporation.
After retirement, he was involved in buying, remodeling and selling houses with several of his friends and for many years hosted weekly card games at his home with many of his friends. He was an avid reader always having a book in hand.
He was a member and former officer of the American Legion Post #155 Crystal River, Moose Lodge Crystal River, charter member of the Moose Lodge in Palm Harbor, and Ducks Unlimited.
He is survived by sons Christopher Michael Riviere and Fiancée Tricia Rowand, Troy Lawson Riviere and wife Katie, grandson Trent Lawson Riviere, sister Tuelah (Riviere) Keith and husband Gene Keith, life partner Debbie Pennington and many nieces, nephews, great nieces and nephews.
A Memorial Gathering will be held at 3:00 pm on Friday the 12th day of February, at Countryside Baptist Church, 10926 NW 39th Avenue Gainesville, FL 32606 with Pastor Bill Keith officiating. Burial will take place at Florida National Cemetery in Bushnell, FL at 1:00 pm on Tuesday, the 16th day of February with military honors being rendered by the American Legion Post #155 Honor Guard, Crystal River, FL and the United States Air Force with masks and social distancing observed.
In lieu of flowers, donations in his name may be made to Countryside Baptist Church, 10926 NW 39th Avenue Gainesville, FL 32606, or American Legion Post #155 Honor Guard, 6585 W Gulf to Lake Hwy, Crystal River, FL 34429
Arrangements are under the direction of Strickland Funeral Home, Crystal River, FL
Sign the guest book at www.chronicleonline.com.
Published by Citrus County Chronicle on Feb. 7, 2021.
To plant trees in memory, please visit the Sympathy Store.
MEMORIAL EVENTS
Feb
12
Memorial Gathering
3:00p.m.
Countryside Baptist Church
10926 NW 39th Avenue, Gainesville, FL
Feb
16
Burial
1:00p.m.
Florida National Cemetery
Bushnell, FL
Funeral services provided by:
Strickland Funeral Home - Crystal River
MAKE A DONATION
MEMORIES & CONDOLENCES
5 Entries
It was my privilege to call Larry my good Friend.
Ken Anderson
Friend
February 14, 2021
Larry you were a dear friend, through all the years and will be missed. One moment here and the next gone. It happened so fast, how I wish I would have told you what you meant to us. Down to
earth , honest,fun loving, kind and generous. We were so lucky to call you our friend.
Sheryl Seibert
Friend
February 12, 2021
Such a kind man who stole my best friend's heart. Humor, honesty, and fun-loving guy who loved to play pool - good times we think about when we think of Larry. So thankful you two found each other. Rest in Peace my friend.
Jim & Carol Hudge
Friend
February 10, 2021
So sorry to hear that Larry had passed away. Larry was one of the Palm Harbor kids I grew up with. My sympathy to his family.