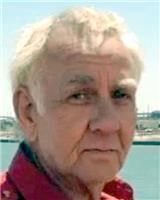 BORN
1946 2021
Gone but never forgotten, E3 Navy seaman Paul Jeffery Blasavage joined his grand daughter Lesandra Velasquez in heaven September 3rd 2021.
Born to Wanda Schnorr and Paul Blasavage in 1946 in Dayton, Kentucky. They were married in Indiana in the year 1945. His family came from Lithuania to settle in Pittston, Pennsylvania. Later, Paul moved his family to a small farm in Grant Slick, Kentucky as to which he also grew up on himself. The farm belonged to his grandfather Adam Schnorr.
Paul Jeffery "Hot Rod" Blasavage left this world at 75 years of age. Paul was the most honorable, courageous, and kind man his family will ever know. He loved cars, fishing, shooting guns and pool. He once told us that if a man lives past 70 years of age those years surpassing were never promised from the lord.
Surviving family to include his faithful wife Sherry Blasavage of 42 years, his sisters Bonita Dunn and Iris Becker. Three daughters that adored him, Cara Velasquez, Amanda Ash, and Tammy Key whom preceded him in death. One nephew that was like a son he never had Chad Becker. Paul had 9 grandchildren, Kayla Goebel, Alia Blasavage, Jesse Trevor Wininger, Isaiah Ash, Mcleigha Velasquez, Sophia Ash, Leshandra Velasquez, Tara Key and John Paul Key and 6 great grandchildren Nico Key, Klaira Key, Samson Delvalle, the last one that he never got to hold, Vivian Jade Watson born August 24th, 2021. Our heart breaks to know she never will know him. In his honor we will ensure she knows the legacy of her grandfather.
We know that Paul will be watching over all of us from heaven. Paul was our rock, our father, the most wonderful husband and brother anyone could want. He was generous, hard working, and amicable.
Paul was a man that all men in this world should strive and aspire to be. Our love for him will never die.
Published by Citrus County Chronicle on Sep. 18, 2021.
To plant trees in memory, please visit the Sympathy Store.
MEMORIAL EVENTS
To offer your sympathy during this difficult time, you can now have memorial trees planted in a National Forest in memory of your loved one.
MAKE A DONATION
MEMORIES & CONDOLENCES
0 Entries
Be the first to post a memory or condolences.