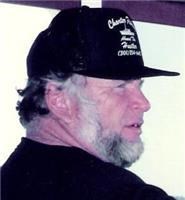 BORN
1935
DIED
2019
Richard Edwin Gardiner of Beverly Hills, FL, died peacefully at home on October 1, 2019, with his loving companion of 30+ years, Joann Apperson, by his side.
Richard was born on Thanksgiving Day, November 28, 1935 in Washington, DC to the late Samuel L. Gardiner and Helena R. (Donaldson) Gardiner. He spent his childhood in NE DC, moving to Takoma Park, MD suburbs with his family in the early 50's. In 1955 he enlisted in the US Army where he served three years in Germany and France. He married the late Donna (Wertz) Gardiner in 1962, and is survived by their two children, Karen Ruth Gardiner of Santa Fe, NM, and Richard E. Gardiner, Jr. of Columbus, GA, and granddaughter Mary (Gardiner) Nickel of Thorndale, PA, and infant great grandson Max Gardiner Nickel.
As a youngster, Richard enjoyed family vacations at his grandparents' cottage in North Beach, MD where he developed an affinity for the Chesapeake Bay. Love of the Bay ultimately led him to running a charter boat business out of Deale MD many years later. Known as Captain Tubby by the patrons of Happy Harbor in Deale, he and his boat "Hustler" could be found trolling for rock and blue each season in the 70's & 80's. He enjoyed the Happy Harbor community and even had his favorite lunch named after him at the restaurant, "Tubby's Roast Beef sandwich."
From a young age, Richard was a whiz at repairing various household appliances, although his family had many laughs at his habit of having parts leftover after dismantling his mother's various toasters, radios, mixers, etc. All he needed was the right "gizmo" to complete his repairs. His skills extended to cars and just about anything and everything he could tinker with.
Joann and Richard retired to Florida in 1991 where they built a home in Beverly Hills, close to Richard's mother and his brother Bob. Joann's son, Kenny Apperson, his companion Chris Gibson, and their children Charlie and Krystal, who lived nearby, knew Richard as "Pop Pop" and became part of his extended family.
Richard was most proud of his children's accomplishments in life. He was tickled pink at the news of the birth of his great grandson Max this summer. He had a tender heart which he hid by a gruff demeanor. He loved his dogs, most currently his yorkies Cody & Maggie.
He was predeceased by his brother Robert L. Gardiner of Beverly Hills, and is survived by his sister Carol Gardiner Lingley and her husband Kenneth of Ijamsville, MD.
The family is appreciative of the care given by Vitas of Citrus County and the Visiting Angels of Ocala, and the kindness of neighbors during Richard's final illness.
Published by Citrus County Chronicle on Oct. 13, 2019.
To plant trees in memory, please visit the Sympathy Store.
MEMORIAL EVENTS
To offer your sympathy during this difficult time, you can now have memorial trees planted in a National Forest in memory of your loved one.
MAKE A DONATION
MEMORIES & CONDOLENCES
0 Entries
Be the first to post a memory or condolences.