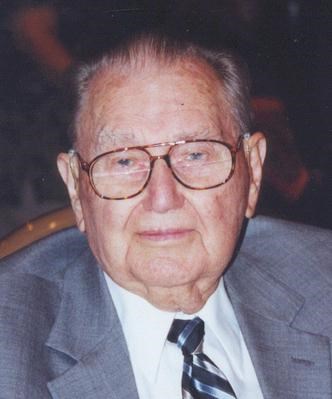 John Howard Owen Ph.D. A memorial service to honor the life of John Howard Owen will be held at 2:30 p.m. March 30, 2014 at All Saints Church, 610 Fourth St., Portsmouth, Ohio. He died on March 13 at Hill View Retirement Community. He was known as "Howie" or "Doc" all his adult life except in legal matters. He was born in Cascade County, Montana on October 9, 1920 to Genevieve Adelaide and Benjamin Lawrence Owen. Genevieve was a schoolteacher and Benjamin was a homesteader. Drought forced them to abandon the homestead and move to Seattle, Washington. Howie grew up in Seattle and was Senior Class President and Valedictorian of Grover Cleveland High School. During summers Howie and his sister Frances worked on their parents' cherry orchard on the Olympic Peninsula. Howie was awarded a full scholarship to Yale College where he graduated in the upper ten percent of his class in 1942. He then earned a Masters Degree from the university in 1943, taught briefly in an experimental high school, and entered the Army Medical Corp. During WWII he first served in the 55th General Hospital in the US and England. After D Day he was transferred to C Company 50th Armored Infantry Battalion, Sixth Armored Division, Third Army. (Patton's.) He was a medic or "Company Aid Man", living with and caring for frontline troops. He earned the Combat Medic badge, two Silver Stars, two Purple Hearts and three Campaign Ribbons. He married Judith Ann Fuller from Nutley, New Jersey May 2, 1943. After the war they spent 4 years in New Haven working together on Howie's Doctorate while he also worked as a counselor for returning veterans. They have six children: John Jr. (Joan). of Seattle, Washington, William (Connie) of Painesville, Ohio, Susan Owen Smith of Ottawa, Ontario, Canada, Kim (Pam) of Lake Oswego, Oregon, James (Patricia) of Crossville, Tennessee, and David (Susan) of Fairborn, Ohio. Howie was very proud of his children and his 12 grandchildren and nine great grandchildren. Howie worked for Cincinnati and Hamilton County Schools from 1950 to 1981. He was the first principal of Princeton High School in Sharonville/Glendale. He was a counselor or administrator in 4 different Cincinnati High Schools and spent 17 years in the Central Office in a variety of capacities. The last was as Co-director of the" Vocational Planning Group" that put new Vocational Education facilities and classes in five Cincinnati high schools. At the same time he wrote many grant proposals that brought millions of dollars in government or foundation money to augment local resources. In 1967 he was chosen by the Kettering Foundation I/D/E/A as one of the "Most Innovative U.S. Educators" to participate at a conference in Hawaii. He also taught graduate courses during evenings and summers for Miami University, University of Cincinnati, and Rutgers University. Judy and Howie retired in 1981 to enjoy their love for the outdoors, nature, and conservation activities. They had already spent their weekends and holidays for about nine years building a barn and rustic home on 64 acres of mixed forested hill-bottom land in Upper Blue Creek, Adams County. Judy named the place Turtle Patch. Howie wrote in his memoirs, "Those years were like a second honeymoon." Judy died in 1986 and Howie remained in the home until 2001. Howie continued to enjoy long visits with his grandchildren who thought Turtle Patch was a very special place and loved spending time with Grandpa. He became a tutor in the SSU Shawnee Basics Program and a volunteer for the Nature Conservancy and the Cincinnati Museum of Natural History in the Edge of Appalachia Preserve, working mainly on the Judy and Howie Owen Prairie Preserve—a gift to the Conservancy from his family. He also propagated threatened species of prairie flowers, and gathered seeds in the fall to be used in other prairies. Howie became active in the Shawnee Nature Club and was its secretary for 9 years. He was instrumental in the creation of a memorial to Harry & Elsie Knighton. (the club's co-founders). The club is now able to provide several scholarships for area pupils to learn at a Natural Science Camp at the "Edge of Appalachia". Howie also worked regularly at All Saints Church in Portsmouth. He was on the vestry, published the "Servant" when it was a 5-page newsletter, fostered the UTO, and was a host and cleanup worker for Loaves and Fishes. For several years he also taught the High School Boys' Christian Education Class. In recognition he was elected into the Diocesan "Society of Saint Simeon and Saint Anna." From 10/1/2001 until his death he was a member of the Hill View Retirement Community. He served as Chairman of the Grounds Committee and as an active Grounds Keeper for 5-6 years. He also volunteered to choose, rent, and show weekend movies as long as he was physically able. Howie's sister, Frances O. Hatton, and brother, Robert Allen Owen preceded him in death. In lieu of flowers, memorials may be sent to All Saints Church, 610 Fourth Street, Portsmouth, OH 45662 or The Scioto Foundation, Harry and Elsie Knighton Scholarship Fund, P.O. Box 911, Portsmouth, Ohio 45662.

Click Here to Send Flowers
To plant trees in memory, please visit our Sympathy Store.
Published by The Cincinnati Enquirer from Mar. 27 to Mar. 28, 2014.
MEMORIAL EVENTS
No memorial events are currently scheduled.
To offer your sympathy during this difficult time, you can now have memorial trees planted in a National Forest in memory of your loved one.
MAKE A DONATION
MEMORIES & CONDOLENCES
5 Entries
My sincere sympathy to the family for the loss of your dear loved one. May you find peace and comfort in Psalms 65:2. Again my deepest sympathy.
March 31, 2014
Becky, our thoughts are with you and your family in this time of loss. May fond memories of your grandfather bring you comfort in the days ahead.
Kay Phillips
March 27, 2014
What a man, one of the best ever to grace this community. Howie will be missed by many. We will always cherish his friendship and sharp humor..A tru man of God..Dee and Donna Russell.
Dee and Donna Russell
March 27, 2014
Sorry Grandpa, I know I haven't always been the best granddaughter but I hope someday I do make you proud. Emily was proud to call you Great-Grandpa.
Katherine Lirtzman
March 27, 2014
An exceptional man that will truly be missed. Howie, you and my uncle are the only two that got away with calling me Nicki. Unfortunately you both have been called home. May you rest in peace friend.
Rachel Stroth
March 26, 2014