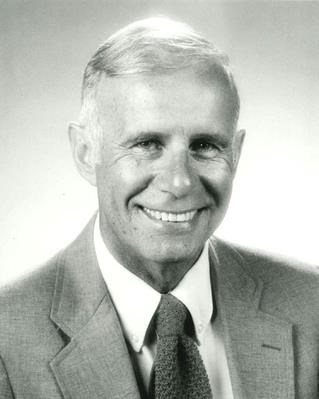 Leland died May 16, 2016. He served in the Army Air Corps in World War II and completed 52 combat missions as a B17 Gunner. He was awarded the Air Medal, the American Campaign Medal, the European-African-Middle Eastern Campaign Medal, and the World War Victory Medal. He graduated from Withrow High School in 1941. He took his B.A. and M.A. degrees at the University of Cincinati in 1949 and 1950. He did graduate work at Northwestern University in 1951. He was a member of Phi Delta Theta fraternity and was elected to Phi Beta Kappa and Omicron Delta Kappa, honorary scholastic fraternities. He held executive positions in advertising agencies in Philadelphia and Los Angeles before joining the Kroger Company in 1962 as Vice President-Advertising. In his retirement he published two books: Notes to Myself on Good Things to Remember, and Life is for Loving it! a journal of joys often overlooked in our search for happiness, which became a tri-state best-seller. He was devoted to The Mt.Washington Presbyterian Church where he served as an Elder, Stephen Minister, choir member and Christian education teacher. He leaves his wife the former Pat Haase to whom he was married for 65 years, his brother Jerry (Cindy) Davis of Orlando, Fla., 4 children, Melissa Pobanz, Shelley Albiez, Christian (Lori) Davis and Timothy (Carol) Davis and 6 grandchilden, Sean and Joshua Davis, Angela Albiez, Riley, Brady and Ruby Davis. Memorial Service at Mt. Washington Presbyterian Church on Saturday May 21 at 2 P.M.Friends may visit at the Church on Saturday 12:30 P.M. to 2 P.M. Memorials to the Church, Hospice of Cincinnati or the National Multiple Sclerosis Society. T.P. White & Sons Funeral Home serving the family. 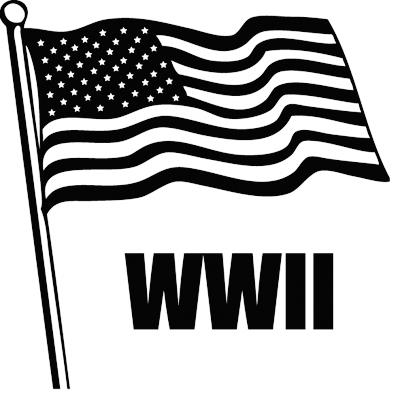 Published by The Cincinnati Enquirer on May 19, 2016.
To plant trees in memory, please visit the Sympathy Store.
MEMORIAL EVENTS
May
21
Visitation
12:30p.m. - 2:00p.m.
Mt Washington Presbyterian Church
6474 Beechmont Ave, Cincinnati, OH
May
21
Memorial service
2:00p.m.
Mt Washington Presbyterian Church
6474 Beechmont Ave, Cincinnati, OH
Funeral services provided by:
T.P. White & Sons Funeral Home
MAKE A DONATION
Please consider a donation as requested by the family.
MEMORIES & CONDOLENCES
11 Entries
To everyone in Uncle Lee's Family:
When we met Uncle Lee in 2009, we were going through a particularly difficult time in our lives. Not only did he and his wonderful family, welcome us with open arms and make us feel loved, he personally inspired us to be brave and be happy. That time soon became one of the happiest times in our lives and all you lovely people entered our hearts forever.
We are proud to have met this great man and are honoured to carry him as inspiration and love in our hearts.
We love you Aunt Patty.
From Jasmine, Ujjwal and Ujas- your Indian family
Jasmine Acharya
May 23, 2016
Mr. Davis was a remarkable man, husband, father and neighbor. My heart goes out to the Davis family and friends and Honeysuckle Dr. It was a privilege to know him, and all of you.
Robin Fox
May 22, 2016
Davis family,
So sorry to hear of the loss of your Dad! Thinking of you and your family. Offering our prayers. Polaneczky Family
May 20, 2016 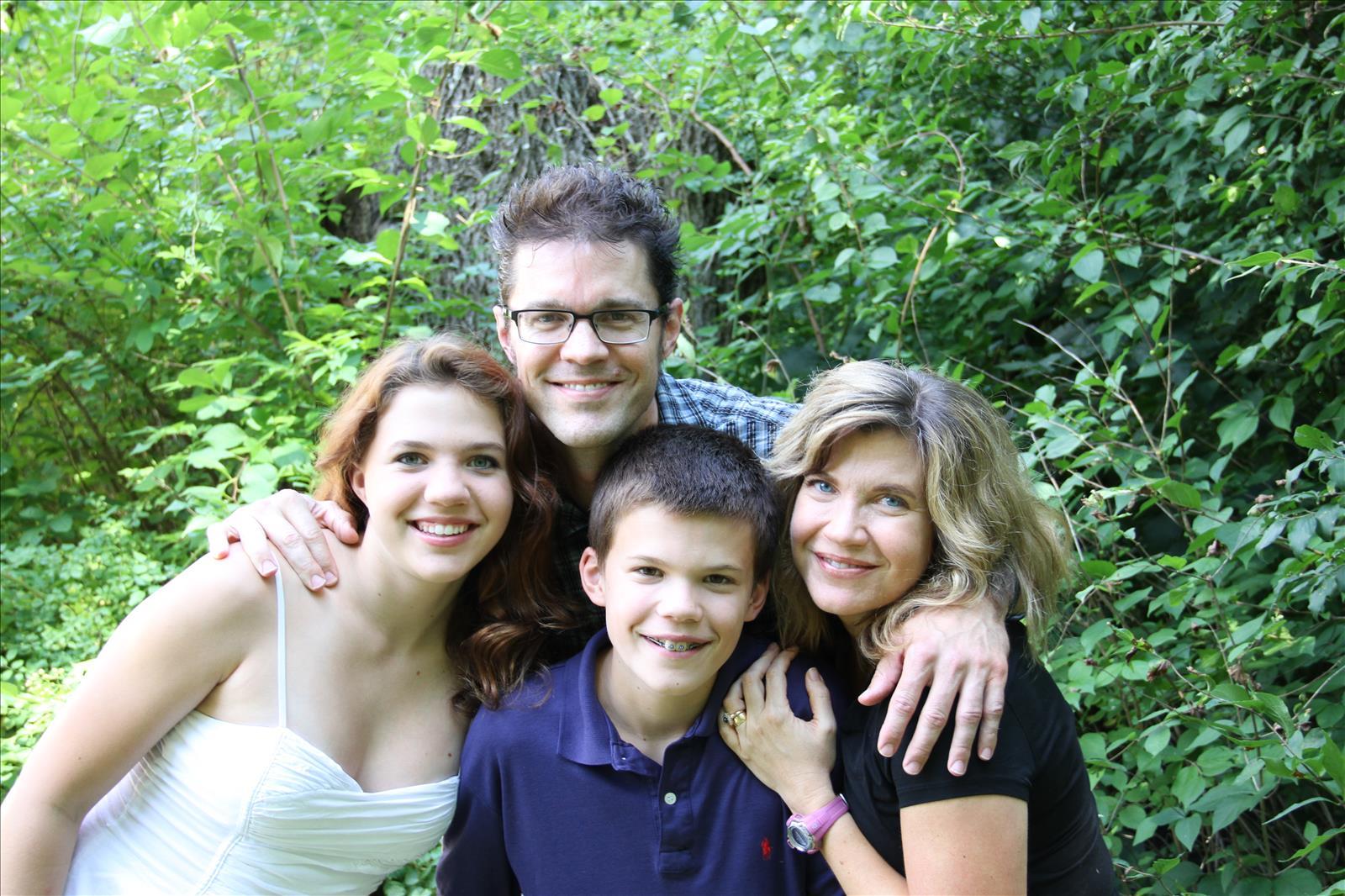 To the Davis Family,
We were so glad to be able to spend time with you last year in Cincinnati when Tim came in for our 30th McNick reunion. Leland was very special--I have both of his books!--and the love he and Patty share for each other and for their family is a model for us all. He made an impact on Dan and I, and his messages will live on in us. We send our love and warmest wishes to you from Denver.
Anne (Ewers) Libby
May 20, 2016
Though "Uncle Lee" and I were not able to see each other often, the one word that always immediately comes to mind when I think of him is the word kind. The Morristown Donoughs send our sincere condolences, love, and prayers in this time of loss for the Davis family and for all those whose lives Lee touched.
Erik Donough
Family
May 20, 2016
It does not get any better than Mr. Davis. Great family and a great "Dad" to all. Rest in Peace Mr. Davis, you leave behind a bunch of great memories for all that knew you.
John Christmann
May 19, 2016
Sending my condolences from across the globe
I am with you in spirit with love compassion and healing.
This journey of life unfolds, I walk with you .
Tony
Tony Mendoza
May 19, 2016
Mr. Davis was one of the nicest and most genuine people I've ever met. He always greeted me with a smile and welcomed me into his home regardless of what he had going on. At least twice he brought me into the middle of a dinner party and introduced me all around! He put up with us building our Class of '85 senior float in his driveway with the same good nature and seemed genuinely happy to have us. Anne and I will never forget him or his familyyou're all in our prayers.

Dan & Anne Libby
Daniel Libby
May 19, 2016
I knew Mr. Davis only briefly. I am a close friend to Christian and know his brother Tim also only a bit. It is hard to see the passing of war hero, a steadfast husband, a loving father and grandfather and a passionate follower of Jesus. But it is to that end we have to celebrate, for as 1Cor2:9 tells us; "But as it is written; "Eye has not seen, nor ear heard, Nor have entered into the heart of man The things which God has prepared for those who love him". Yes, the world is much worse off without Mr. Davis, but the angels of heaven rejoice at his presence. Our prayers are with you for comfort and peace in this great time of loss. Bill & Kim Dankworth - Loveland
Bill Dankworth
May 19, 2016
Thank you for your dear words, Meg. It touches my heart to know that he had an impact on your life. God knows he did on us. Love to you and yours, Tim Davis
May 19, 2016
The world has lost a great man. I would see Leland on a regular basis at the library where I worked. He introduced me to many authors and made my day every time I saw him. Prayers to the Davis family.
meg ferris
Son
May 19, 2016
Showing 1 - 11 of 11 results