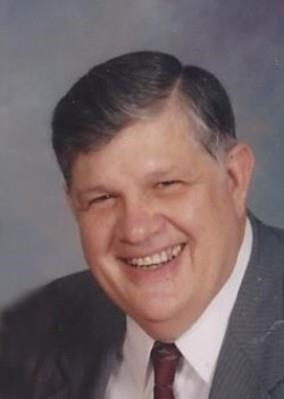 A native of Buncombe Co., he was a son of the late Carl and Dorothy Williams McCain. He was also preceded in death by his brother William McCain.

Mr. McCain was a veteran of the U.S. Army. He worked for Bell South, retiring after over 42 years of service. He enjoyed playing bridge, Nascar racing, was an amateur ham radio operator, and a member of Bethany United Methodist Church.

Funeral services will be held at 2:00 p.m. on Sunday in the Patton Ave. chapel of Groce Funeral Home, with the Rev. Johnny W. Clements officiating. Interment will follow at the Bethany United Methodist Church Cemetery.

The family will receive friends from 6:00 to 8:00 p.m. Saturday at the funeral home.

The online register is available at www.grocefuneralhome.com.

I'm so sorry to hear of your brother's passing. Please know my thoughts and prayers are with you. May the happy memories you have of him live on in your heart and bring you comfort.
Jeanette Swann
October 29, 2016
We are so sorry to all family and friends of James. We enjoyed his company so often at our family reunions with Rick and Helen. What a nice man. He will really be missed by so many. Phillip Marlowe family (Rick's uncle)
Phyllis Marlowe Maness
October 29, 2016
Diane,
We are sad to hear of James passing. Our family has been blessed by our friendship. The kindness given to Amaron in those tuff times.
I would often see James at our favorite eatery "Angelo's".

Gods best to you .