WEAVERVILLE - James Lance (Jim) Stokoe, 66, of Weaverville, Oct. 11, 1946 - Dec. 11, 2012. Jim graced the Earth and those who knew him, even in his illness and dying. His journey with aggressive brain cancer lasted 14 months, yet there was a magnetic spirit about him the whole time. He lifted off softly, with amazing gentleness and peace, in Care Partners Solace Center, tended by his wife and son.

Jim was born and raised in Flint, Michigan, the only child of Veta and George Stokoe. He graduated from Michigan State University and then served in NOAA and around the country in work that related to his geology degree.

He moved to Asheville in 1978 and began a varied, distinguished 30-year career at Land-of-Sky Regional Council. His work included environmental projects like the River Access System, water quality, Green Infrastructure and so much more. He also served as Assistant Director and Director of the Local Government Services Section, where his staff flourished under his guidance. A practical visionary, Jim was passionate about preserving and protecting the natural resources on which we all depend, especially in these mountains that he loved so much.

Before retiring from Land-of-Sky, Jim embarked on his MLA degree at UNC-Asheville, where he focused on climate science. He was in the midst of heavy coursework when he became ill.

Jim is survived by his wife of 23 years, Linda McLean; his son, Daniel Stokoe, daughter-in-law, Sherry and granddaughters, Kayla and Kira; two dogs and three cats; and many friends. He will be deeply missed.

Jim spent as much time as he could out in these mountains: hiking, exploring and scouting for mushrooms, blueberries and new trails. Time alone in the mountains fed his soul. Jim also loved animals (especially dogs), gardening, his men's group and other friends, trips to the Pacific NW with Linda, singing and playing piano, and growing spiritually.

Jim was bright, wise, strong and compassionate. He was a synthesizer, pulling from many sources to find new ways to look at things. Had he lived longer, Jim may have come up with an idea that could change the world. In the way he lived his life, especially this last amazing year, he may have done more than that. He has shown us how to live - and die - fully, with kindness and love, embracing it all.

A celebration of Jim's life will be held on Saturday, December 15 at 2 p.m. at Jubilee! Community in downtown Asheville. In lieu of flowers, please consider a donation to Linda's non-profit Little Pearls; to Jubilee! Community; to Care Partners Solace Center; or to any animal welfare or environmental organization you love.

Published by Asheville Citizen-Times on Dec. 13, 2012.
To plant trees in memory, please visit the Sympathy Store.
MEMORIAL EVENTS
To offer your sympathy during this difficult time, you can now have memorial trees planted in a National Forest in memory of your loved one.
MAKE A DONATION
MEMORIES & CONDOLENCES
21 Entries
It was a pleasure to have met Jim and praying for your family at your time of loss.
Kim
December 15, 2012
I had the pleasure of working with Jim on several projects over the years, he was a man to match our mountains, his dedication to cause and principle will be missed.
Dan Keith Ray
December 14, 2012
Dear old friend and mentor... my life, the region, and world is a much better place because of your grace, wisdom and dignity. Thank you for your lasting impact. May your continued path be blessed with everything so well deserved.
Ron Townley
December 14, 2012
The peace of Christ to you Linda and to the rest of the family, Love, Mark Bordeaux, WNCBTS
December 14, 2012
A beautiful life, full of goodness, and a beautiful death, full of promise. Linda, Linda, we are so thinking of you with love.
Cynthia Justice
December 13, 2012
Jim changed the world by lighting it up and we miss him so much.
Debra Roberts
December 13, 2012 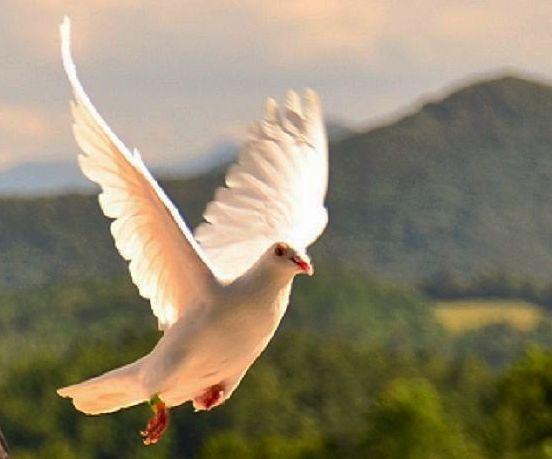 Linda, thank you for all you shared during this amazing and difficult journey you shared with Jim. Please let me know asap if you would like a white dove release ceremony following Jim's service. It is my gift.
sincerely, Julia/ Asheville's dove lady
Julia Gaunt
December 13, 2012
All my love to you and your family, Linda (furry ones, too, of course!)
Angie Bell
December 13, 2012
What a beautiful remembrance of Jim's life. Although I only knew Jim a short time, his light was radiant and I am grateful for the opportunity to have spent some time with him. My heart goes out to Linda and Daniel, and all who will miss Jim.
Susanne Duncan
December 13, 2012
Jim was a great guy and a dedicated community leader. He's one of the people who really made Asheville a great place to live. I will miss him.
Smithson Mills
December 13, 2012
Please accept my condolences. It was a pleasure knowing and working with Jim in my retirement years at LOSRC. My regards to the family.
Don Hollister
December 13, 2012
We so much enjoyed working with Jim and will miss him very much. He was a very special person.

Angie Chan
December 13, 2012
Linda - Jim's obituary and the postings you sent during his illness can be counted among the little pearls you've shared that lighten and enlighten us all. His presence will be felt for a long time.
Sharon Willen
December 13, 2012
Jim was an asset to our commnity and his insight and passion for his job resulted in many improvements to the life of everyone in our community. Our thoughts and prayers go out to his family and friends.

Keith Webb and the staff of McGill Associates
Keith Webb
December 13, 2012
Dear Sweet Linda ... Cannot tell you how blessed I feel that I got to meet Jim that day at Earthfare! You both are truly very, very special people. I am lost for words right now ... my heart goes out to you!!! xoxo mc
Marey Coates
December 13, 2012
Dear Linda, I only knew him through you, he definitely shared your loving spirit, his and your gifts to the world bless us all. May your love and memories give you peace and strength. love Eileen Wilhem
December 13, 2012
Jim had a sweet smile, a sweet style and a gentle soul. I was proud to have known him and worked with him. He will always be a part of Asheville's history. leni sitnick
leni sitnick
December 13, 2012
Will miss you, Jim. The obit is right on, so like you. You lived well and loved my cousin. Rest in peace, Jim!
Mary Nasvik
December 12, 2012
Will be unable to attend the memorial service for Jim on Saturday, Linda, as one of mine is graduating from college at last. All of my love and warm thoughts are with you and Daniel. I'll be thinking of you Saturday, sweetheart.
Andrew Smith
December 12, 2012
This is truly one of the loveliest tributes I have ever read to a life well lived. It was my honor and pleasure to work and study with Jim and to know him as a fellow life long learner. I will truly miss his inquisitive nature and laughing eyes.
Robin Cape
December 12, 2012
Go in peace my dear friend.
Bill Eaker
December 12, 2012
Showing 1 - 21 of 21 results