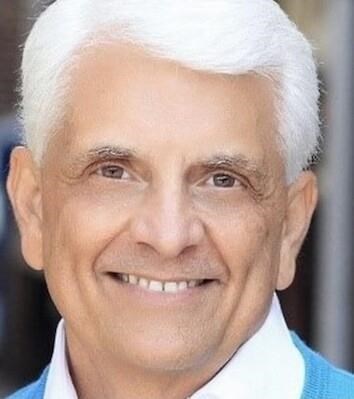 Asheville - William Donald "Don" Tomlinson died on July 9, 2021 at the age of 71. Don was diagnosed with a stage 4 brain tumor on May 2, 2021, and spent the 8 weeks before his death in palliative care at Givens Estates Health Center. Don was born on August 26, 1949 in Thomasville, GA. He was preceded in death by his parents, William Tomlinson and Carolyn Van Hollingsworth Tomlinson, of Decatur, GA, and his wife Jane Reynolds Tomlinson, originally of Arabi, GA. He is survived by his sister, as well as his two sons and their families, including three grandchildren.

Don was a class of '71 graduate (Journalism) and Phi Gamma Delta fraternity member at the University of Georgia. One of his great passions in life was the beautiful region of Western North Carolina, the natural scenery and history the area has to offer, and working to share it with others. After spending some years after college in Atlanta, Tifton, and Newnan, GA, Don and his family moved to Asheville, NC in 1984.

Once settled, Don would spend most of his 37 years as an Asheville resident working in the tourism industry, giving him a platform to welcome those from around the world to this place which he loved so much. He held positions such as director of Sales and Marketing at the former Hilton Asheville Resort, General Manager at the Quality Inn Biltmore, and Resort Manager/Director of Security at Grove Park Inn. In his retirement years, Don was able to work part time at the Biltmore Estate, Biltmore Forest Country Club, as well as three years working part time at Flat Rock Playhouse, fostering a lifelong passion for theater.

Don and his wife, Jane, began Cakes by Jane in 1998 and the business is still in operation today.

Don will be remembered for his welcoming personality, charisma, and never ending optimism. He rarely met a stranger and had a knack for making every person he met feel at ease.


To plant trees in memory, please visit our Sympathy Store.
Published by Asheville Citizen-Times from Jul. 16 to Jul. 18, 2021.
MEMORIAL EVENTS
No memorial events are currently scheduled.
To offer your sympathy during this difficult time, you can now have memorial trees planted in a National Forest in memory of your loved one.
Funeral services provided by:
Highlands Cremation & Funeral Care - Maple Springs
MAKE A DONATION
MEMORIES & CONDOLENCES
Sponsored by Highlands Cremation & Funeral Care - Maple Springs.
3 Entries
Don was truly a special person. He lit up the room every time he came by. He brought such joy and smiles to myself and my coworkers. We will miss him and his Christmas songs so much.
Elisa Gonzalez
Friend
July 20, 2021
I am so thankful that I was able to know Don for several years. He was such a wonderful person and always had a smile on his face and a word of encouragement every time I saw him. He will truly be missed.
Kim Hensley-Hunter
Friend
July 19, 2021
Our Givens Communities are giving thanks for Don's life, and praying for deep peace for his family.
Rev. Ed Hillman
July 18, 2021
Showing 1 - 3 of 3 results