Dr. Worth B. Gregory Jr. 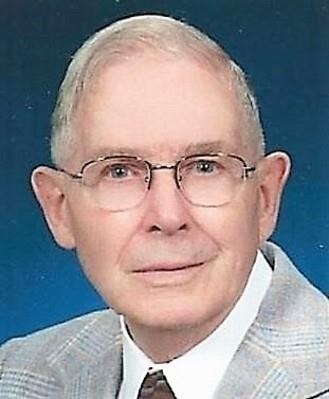 Asheville - Dr. Worth Bagley Gregory, Jr., 93, died Tuesday, January 28, 2020 at his residence. He was the son of the late Worth Bagley Gregory and Mary Elizabeth Dozier of Elizabeth City. Worth was also preceded in death by his daughter, Gail Burgher and his wife of whom he married in 1949, Virginia T. Gregory who died in 2019.

He received his undergraduate education at the University of North Carolina at Chapel Hill and was a graduate of the School of Dentistry at the Medical College of Virginia in Richmond. He received his Master of Science in Dentistry degree at the School of Dentistry at Indiana University in Indianapolis. He was a Diplomate of the American Board of Endodontics and the first editor of the Journal of Endodontics.

Captain Gregory retired from the U.S. Navy Dental Corps after 30 years of service and was then Director of Graduate Endodontics in Chapel Hill for several years. He had a private practice in Asheville until his retirement from dentistry in 1987.

He was a Past Master of Biltmore Masonic Lodge #446 A.F. & A.M. where he was a Certified Lecturer and 32nd Degree Mason. He was a member of the Biltmore United Methodist and a Knight Hospitaller of the Order of St. John of Jerusalem.

He was a Fellow of the International College of Dentists and a Silver Life Master of the American Contract Bridge League.

A Masonic Memorial Service with full military honors will be held in the chapel of the Western Carolina State Veteran's Cemetery in Black Mountain at 10:00 A.M. on Wednesday, February 5, 2020.

In lieu of flowers, memorials may be made to the Masonic Home for Children at Oxford, 600 College Street, Oxford, NC 27565.

Groce Funeral Home at Lake Julian is assisting the family. To send a condolence to Worth's family, please visit his obituary page at www.grocefuneralhome.com.