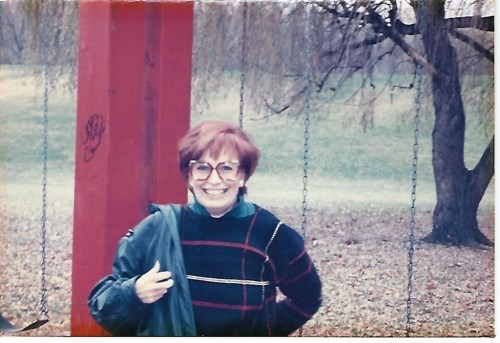 Anita L. Moleski, 67, of Old Newport Street, Sheatown passed away peacefully Friday morning, April 21, 2017 at her home after a 14 year struggle with dementia.

Born February 21, 1950 she was a daughter of the late Joseph and Lois Papciak Keefe. In her early years she lived in Shickshinny and graduated from Northwest Area High School, class of 1968. When she was young she worked as a hairdresser and later became a jewelry salesperson. She was employed by Stroud's at the Wyoming Valley Mall and in Scranton and later as a manager for Finley Fine Jewelry. At the time of her retirement she was employed as a teller at Citizens Bank, Nanticoke.

Anita was a member of Nebo Baptist Church, Nanticoke.

She and her husband, Stephen Moleski would have shared 20 years of marriage this coming November, 8th.

A private committal service and interment will be at the convenience of the family in St. Hedwig's Cemetery, Larksville.

If desired, contributions in Anita's memory may be made to Nebo Baptist Church.

Arrangements are in the care of Davis-Dinelli Funeral Home, 170 E. Broad Street, Nanticoke.
To plant trees in memory, please visit our Sympathy Store.
Published by Citizens Voice on Apr. 23, 2017.
MEMORIAL EVENTS
No memorial events are currently scheduled.
To offer your sympathy during this difficult time, you can now have memorial trees planted in a National Forest in memory of your loved one.
Funeral services provided by:
Davis Dinelli Funeral Home
GUEST BOOK
5 Entries
Dear Amy! Sorry for your loss! Our thoughts & prayers will be with you & your family!
Larry Thompson
April 28, 2017
So sorry for your loss. I graduated with Anita.We were good friends.
Bob Richardson
April 25, 2017
Anita Keefe Trudnak Moleski - This is a nice photo of dear beautiful cousin Anita. It is how I will always remember her. Condolences to all.
Francene Tearpock-Martini
April 24, 2017
Mr Moleski - I am so sorry to hear about the loss of your wife Anita - please know that you and your family are in my prayers
dortha slabinski
April 23, 2017
rest in peace dear sister. You are in our hearts and prayers always.
joe and marcia buczko
April 23, 2017