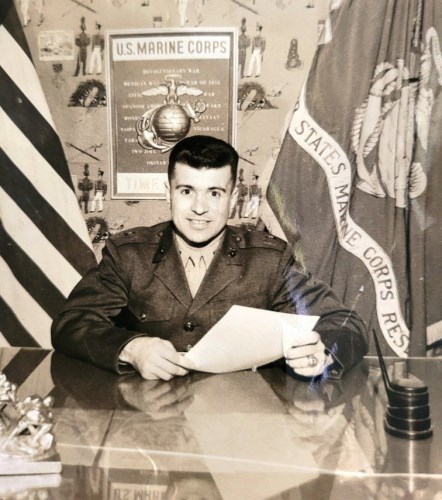 Born Dec. 16, 1929, in Brooklyn, he would have celebrated his 92nd birthday in two weeks. He was the only child to the late Aniello "Danny" and Carmella Annunziato D'Arco.

He was educated in the New York City schools and then earned his Bachelor of Science degree from Pennsylvania Military College.

A career military man, Capt. D'Arco proudly served our country with the United States Marine Corps during both the Korean and Vietnam wars; earning the rank of captain at the time of his honorable discharge from military duties on April 1, 1970.

Proud of being a Marine, his employment with the Corps began with First Recon. Later, he served as a mechanical engineer; worked as a recruiter in the Wyoming Valley, where he would meet his beloved wife, Dorothy Ann Sochko; and finally worked as a supply logistics clerk during the Vietnam War. Having been wounded in action, Capt. D'Arco was forced to retire early as a disabled veteran, receiving several citations and commendations for his heroic service. While he can no longer be the consummate leader that got it done, this principle should always be championed and we applaud those who carry this torch of being "always faithful!" It is not for us to say, but on behalf of him we write, "Semper Fi" and for those who would respond we add, "HOOH RAH!"

Following his military career, he did not sit idly by. He furthered his education by attaining his Master of Science degree from Long Island University. Capt. D'Arco then put his education to good use becoming a computer programming professor at Nassau County Community College in New York. He was a published author of several texts within the field of computer programming and related studies, several of which remain in use in parts of the world. His greatest rewards as he recalled them were the countless students he mentored, many of whom kept in contact years afterward, sharing stories of the difference he made in their careers and even their lives. His mentorship will be missed but not lost!

He was a member of Holy Assumption of St. Mary Byzantine Catholic Church, North Wilkes-Barre, and held membership in the New York State Education Association.

This past July he experienced one of the biggest highlights of his life being named "Veteran of the Game" at Citi Field for the New York Mets. "The greatest day of my life," he explained with teary eyes, "with my wife, all our children and grandchildren family and dear friends," as tens of thousands in the the entire stadium applauded the compelling story depicted on the jumbo screen to a momentary game stoppage and standing ovation by the players of both teams.

He and his wife, Dorothy Ann Sochko D'Arco, enjoyed 58 years of married life together and going strong. They jitterbugged and polkaed every chance they had. He always loved her, worked hard to improve her life at every stage and never disappointed her. While they had their "tiffs" they never lasted for long and "never overnight!" His example…

Despite all of his accomplishments, the greatest pride he had was his family, especially his grandchildren. He and Dorothy often would go out of their way great distances to support their grandchildren in various school and sporting activities. He will be greatly missed by all those he touched in this life.

Left to cherish the wonderful memories they hold of him, in addition to his wife, Dorothy, at home, are the couple's sons, Daniel J. D'Arco, M.D., and his wife, Jennifer, Auburn; David A. D'Arco and his wife, Joelle, Mountain Top; and Christopher J. D'Arco and his wife, Maria, Raleigh, N.C. Eight cherished grandchildren, including Brianna, Alyssa, Niccole, Kristina, Jake, Joseph, Lydia and Anthony D'Arco, will miss him and cherish his love forever.

Interment will be held privately and at the convenience of the family with entombment in St. John's Roman Catholic Cemetery, Queens Borough, New York City.

Those wishing to share words of comfort or a fond remembrance with Tony's family are asked to visit his memorial page on our family's website at www.JohnVMorrisFuneralHome.com. 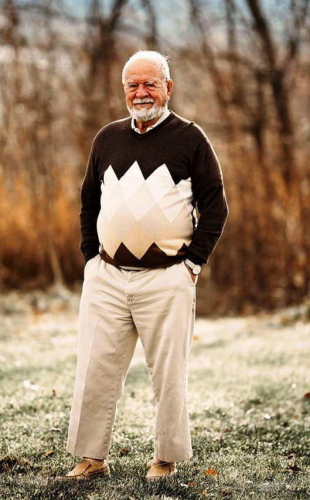