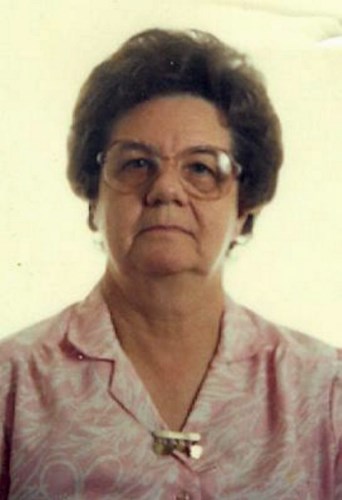 Betty Louise Bloss, 91, of Drums, passed away Thursday afternoon, Nov. 17, 2016, at the Gardens at Butler Nursing Home, Drums, where she had been a resident for the past two years.

Born in Sugarloaf Township on Dec. 12, 1924, she was the daughter of the late Clarence L. and Thelda Pauline (Hart) Welsh.

Prior to residing at the Gardens, she had been a resident of Drums for eight years after moving from Dallas, where she had spent the previous 23 years.

Betty and her husband were the owners of Bonanza and CBC steakhouses in Dallas and Bloss Firestone in West Hazleton. In her younger years, she was also involved with her family farm.

She enjoyed spending time with her family, especially her great-grandchildren.

She was preceded in death, in addition to her parents, by her husband, Charles M. Bloss, to whom she was married 68 years before his passing on Nov. 12, 2010; three brothers, Harvey, Billie and Drew "Larry" Welsh; a sister, Pearl Shaffer; and an infant sister, Margaret Mae Welsh.

Friends may call at the funeral home from 6 to 8 p.m. Monday.

Memorial donations may be made to the Sugarloaf Township Fire Company, P.O. Box 80, Sybertsville, PA 18251.

Online condolences may be entered and more information is available at www.harmanfuneral.com.
To plant trees in memory, please visit our Sympathy Store.
Published by Citizens Voice from Nov. 18 to Nov. 19, 2016.
MEMORIAL EVENTS
No memorial events are currently scheduled.
To offer your sympathy during this difficult time, you can now have memorial trees planted in a National Forest in memory of your loved one.
Funeral services provided by:
Harman Funeral Homes & Crematory Inc
GUEST BOOK
2 Entries
Chuck, I'm sorry to hear about your mom.
Dave Zarambo
November 19, 2016
Jane, Faye and Chuck. Very sorry to hear of the passing of Betty.Your mom was always so nice and friendly. A life well lived and a hard working lady especially at the steakhouse where I worked for many years before moving to las vegas. May she have eternal rest, and keep the memories alive.
Leona and Wayne Yatsko
November 18, 2016