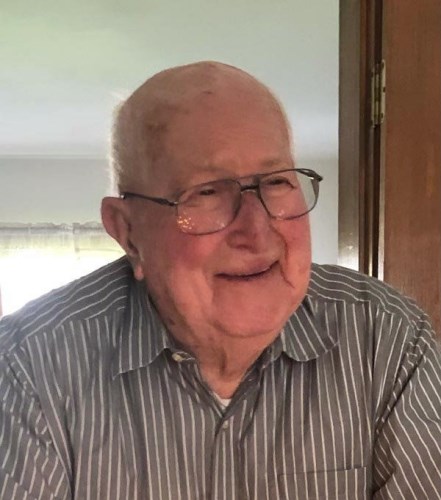 Born April 15, 1930, in Allentown, he was the son of the late Lawrence BenKinney and Stella Fahringer Smith.

He was graduate of Allentown Central High School, Class of 1948. That same year, at the age of 19, he went on to serve in the U.S. Army in the 7th Calvary during the Korean Conflict, attaining the rank of sergeant. On September 13, 2020, he was presented with the Quilt of Valor in recognition of his service.

He was employed as a production engineer at N.J. Zinc, U.S. Gauge and most recently, Merck, from which he retired.

Mr. BenKinney was a member of Good Shepherd Lutheran Church, Berwick. He was a freemason and a member of the American Legion, Post 945.

Preceding him in death were his wife of 57 years, Arlene BenKinney, on Oct. 17, 2010; his son, Thomas BenKinney; and his brother, Leon BenKinney.

Following the service, there will be a luncheon at the church. Visitation will be held from 10 a.m. to service time.

Interment will be in Indiantown Gap National Cemetery at a later date.

Donations can be made to Good Shepherd Lutheran Church at the above address, or to the Hope Center, 650 Harter Ave., Nescopeck, PA 18635.

Arrangements are under the direction of Mayo Funeral Home Inc., Berwick.

For information or to send condolences to his family, please visit www.mayofh.com.