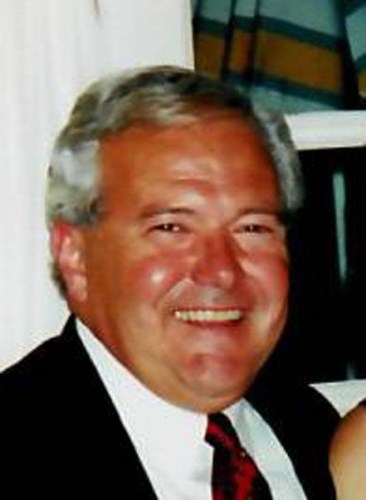 Burton C. Berrettini of Dallas passed away peacefully Thursday, April 29, 2021, at home, with his wife, Nancy, by his side.

Born in Pittston on Feb. 20, 1939, Burt was raised in Dallas and was the son of the late Primo and Pauline Saporito Berrettini. He graduated from Westmoreland High School and spent his freshman year at King's College. He then enlisted in the United States Air Force and was stationed in Massachusetts, Florida and Bien Hoa, Vietnam. Burt volunteered and became a member of the 1st Air Commando Group that was the first operational unit in Vietnam in November of 1961. He was very proud of having been able to serve his country.

Burt returned to King's College to complete his bachelor's degree in economics, graduating in 1965. During his college years, he enjoyed acting in many plays and at one time considered becoming an actor. He began his business career at Dupont, Seaford, Del., then worked for InterMetro Industries, Wilkes-Barre, for 20 years as director of purchasing, traveling the U.S., South America, Europe and Asia. At age 50, he founded Penn Marketing Co. Inc., as a manufacturing sales agency representing both carbon and stainless steel wire mills. He also provided representation for Sarrstahl AG in Germany for 14 years selling tire cord rods and wire rods to companies in the U.S., including Bridgestone and Goodyear. His wife later joined him in the company and they worked together until his retirement at age 78.

He was a member of the George M. Dallas Lodge 531, Irem Shrine, Air Commando Association and served on the board at the United Rehabilitation Services.

Burt began playing golf as a teen and continued throughout his life scoring his hole-in-one on March 25, 1994. An athletic person, he enjoyed running, racquetball and at one time, played semipro football. A lifelong Philadelphia Eagles fan, he also enjoyed hunting and fishing. Burt loved horses and it was a thrill for him the week he spent on a ranch in Montana working as a real cowboy.

On Feb. 20, 2004, Burt married Nancy, the love of his life and best friend. They were the light in each other's lives and shared everything together, love, laughter and a sense of adventure. Both looked forward to driving to Siesta Key, Fla., during the winter for many years, enjoyed trips to the Caribbean, France, Germany and traveled extensively in the states. Highlights include visiting Pearl Harbor, Mount Rushmore, the Grand Canyon and many national parks, Cheyenne Frontier Days Rodeo, Wyoming, and the Rose Bowl and Tournament of Roses Parade. They also visited Italy many times, enjoying Venice, Rome, Tuscany, the Amalfi coast, Sicily and were fortunate to spend time with cousins from both sides of Burt's family in Perugia and Sicily.

Burt had great enthusiasm for life, was a giving person and loyal friend. But most important, he was a loving father who supported his children whether it was being a mini football coach, hockey dad or just being there for them. Burt had a passion for cooking and it gave him great pleasure to cook for others. He was well known for his ravioli made from his grandmother's recipe, with of course, his own sauce. He will truly be missed by all.

In addition to his parents, he was preceded in death by sister, Elizabeth Moore; and brother, Bruce Berrettini.

His wife extends a special thank you for all the compassion and care given to Burt by Dr. Eric Smith, Scranton, and the Interventional Radiology Department at CMC, Scranton.

A private Mass of Christian Burial was held in Gate of Heaven Church, Dallas, with the Rev. Daniel Toomey officiating and interment with military honors in Mount Olivet Cemetery, Wyoming.

Memorial contributions may be made to Wounded Warriors Project and the Tunnel to Towers Foundation.

Condolences may be sent to Disquefuneralhome.com.

To plant trees in memory, please visit our Sympathy Store.
Published by Citizens Voice from May 12 to May 13, 2021.
MEMORIAL EVENTS
No memorial events are currently scheduled.
To offer your sympathy during this difficult time, you can now have memorial trees planted in a National Forest in memory of your loved one.
Funeral services provided by:
Richard H. Disque Funeral Home, Inc.
MAKE A DONATION
Please consider a donation as requested by the family.
MEMORIES & CONDOLENCES
Sponsored by Richard H. Disque Funeral Home, Inc..
12 Entries
To all of the Berrettini family, my heartfelt condolences. Burt was a dear friend, mentor, and business associate. I will always cherish our golfing, hunting, and fishing adventures in Georgia. He nicknamed me "Fern" when my boots hit the ground in Georgia. Fond memories forever.
Paul Geda
June 4, 2021
Dear Nina, I am so sorry to read of your dad´s passing. Please accept my sincere sympathy. Thinking of you fondly and all the wonderful times we had at the forty fort pool and our wonderful times together. Love, Ruth [email protected]
Ruth Bell
Family
May 23, 2021
Nancy, while we have never met, Byrd`s comments about you were always so loving that I almost feel as though I know you. Burt and I shared much in common. We were both veterans during the Vietnam and we played a fair amount of golf together when he was at Metro. While I am sorry that Burt and I never reconnected in recent years, I always considered him to be one of my closest friends. I´m on Facebook I would love to hear from you.
Bill Lawless
Friend
May 21, 2021
Our family sends our deepest condolences to Nancy, and to the family.
Darci Biason
May 15, 2021
Thank you, Uncle Burt for sharing such beautiful memories of you, and of my Father with me. I will never forget them, or you. Rest In Peace, Uncle Burt.
Darci Biason
May 15, 2021
It was an honor caring for Burt. We miss him. You are in our thoughts and prayers.
Michele Carachilo
May 14, 2021
We had great times golfing, graduated Kings together, worked in Seaford Delaware at Dupont together. He will be missed. My condolences to Burts family, especially his wonderful children.
Bob Connolly
May 14, 2021
Our deepest sympathy to you, Nancy, and the family. Burt was a lifelong friend of our family (Mannear). As a teenager he often visited our farm in Montrose, PA. Once he had an encounter with a feisty red mare- it was a battle of the wills and the horse won! I see he still loves horses. We have many fond memories of Burt and the happy times we shared. We will miss him.
Brenda Mannear Susman
May 14, 2021
My sincerest sympathy to all. I spent many good times with Burt in high school and being one of my husbands best friends and co-worker, a lot of good times socially.
Ruth Federici
May 13, 2021
Nancy, I was saddened to hear of Burts passing. he was a dear friend for so many years and I will remember so many special times we had together. mMy thoughts and prayers are we you and I'll remember Burt as well.
John Nackley
May 13, 2021
Our sincere condolences.
Jim Sperling
May 13, 2021
I am sorry for your loss. I played football and Baseball with Burt at Westmoreland High School. I would ride with him from Dallas to Trucksville everyday for football practice. I remember his jovial spirit and contagious smile. Although I lost touch with him after high school. It sounds like he maintained that spirit throughout his life. Rest In Peace, Burt
Al Bertie Dendler
May 12, 2021