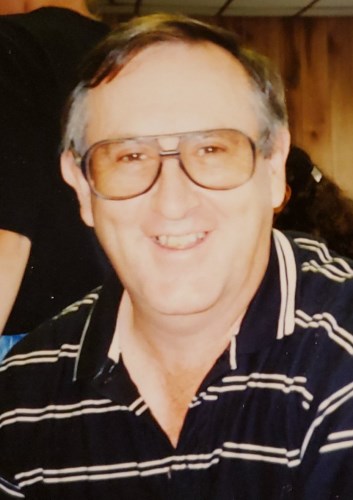 Born in Mountain Top, he was the son of the late Franklin A. Sr. and Catherine Thomas Buff and was a graduate of the last graduating class of Fairview High School, Class of 1962. Chet then joined the U.S. Army, proudly serving his country during the Vietnam War. He was the recipient of the Army Expert Marksman Badge and Good Conduct Medal. Prior to retirement, he worked for the U.S. Postal Service, delivering the mail to homes in West Wyoming.

Chet volunteered as fire chief at the Rice Twp. Fire Department, coached several local Little League teams, and was an active member of American Legion Mountain Post 781, where he held many offices including chaplain, treasurer and secretary. He was also a member of the St. Martin-in-the-Fields Episcopal Church.

In addition to his parents, Chet was preceded in death by his beloved granddaughter, Faith Michelle Buff; and siblings, Lois Cragle, Franklin Buff Jr., Jean Smith and Madeline Buff.

To Chet, cooking for his adoring wife, family and friends was greater than simple sustenance - there were no measuring cups, tablespoons or recipes in his kitchen - the always delicious meals he prepared were measured through his heart to those he served.

Chet derived great pleasure through working with his helping hands. Never educated in the trades, he assumed creative and home improvement projects, which had been completed only through his intuition. Creating a gateway for the Rice Twp. Park and building a back porch addition on the family home were amongst the many feathers in his cap.

Chet enjoyed playing softball, shooting darts, completing crossword puzzles, hunting, fishing, gardening and canning and avidly consuming Penn State, Philadelphia Eagles and Phillies sports. But most of all, his ultimate loves were spending time with his devoted bride, children and grandchildren, along with sharing drinks, being a dancing champion and swapping stories with his American Legion family.

While playfully fooling many into a false sense of reservation, his well-timed placement of non-sequitur humor always erupted a room in laughter.

Chet was admired by many for his untiring patience and fierce loyalty. Whoever had the benefit of knowing him was left stronger, happier and undeniably loved.

Friends are invited to join the family for a visitation from 4 to 7 p.m. Tuesday at Desiderio-Lehman Funeral Home, 436 S. Mountain Blvd., Mountain Top, and from 10 a.m. until time of service Wednesday.

Visit the funeral home website for additional information at www.MountainTopFH.com.