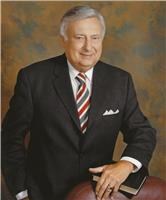 Denise Sarah and Gail Vonderheid
Bell County Texas
December 25, 2020
My wife and I were just two who stood before your father while living in Northeast Pennsylvania. His decision touched our lives and still resonates 28 years later.
Please know that you and your families will be in our thoughts and Prayers!

Denise, Sarah and Gail Vonderheid
Bell County Texas
December 25, 2020
Dear Mrs Ann Marie Muroski,
I am very sorry to learn of the passing of your husband. The love & admiration you shared is a blessing. You took excellent care of Chet always. God bless Chet's soul. God bless you during this time of mourning. Sincerely, Deborah Pride
Bear Creek Village
Debrah Pride
December 25, 2020
Dearest Ann Marie, Sending our sincerest sympathy to you at this time. May he rest in peace. You were an amazing caregiver.
Linda Andes
December 25, 2020
Chester was a great man and loved the ladies. I was one of his favorites. He often would visit his bar the White House and shoot the breeze with the fellows. Chet loved his fancy cars and kept them clean as the board of health. May Chet Rest In Peace with the Lord.
Mary Adams
Friend
December 25, 2020
I am ever blessed to have known such a more magnificent man and his wonderful children...Lisa and Joy...So very strong , true ,righteous and compassionate...My prayers and heart are with you...Always,
Very truly,sincerely,
Anna Maria Hanchulak
December 25, 2020
Chester was a long-time, true friend. Our deepest sympathies to Lisa, Joy, and families. Prayers for all.
Bernie and Susan Mengeringhausen
Friend
December 24, 2020
Showing 1 - 30 of 30 results