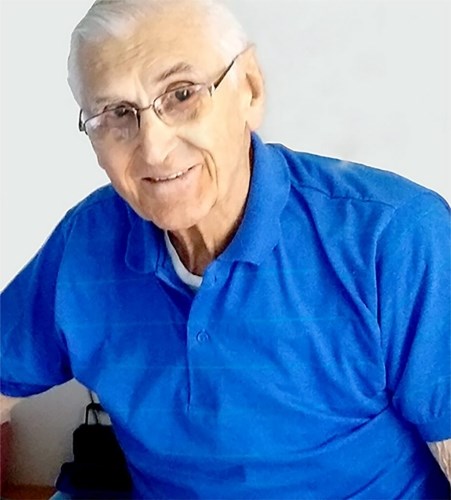 Clement D. Kovalich, 86, of Vestal, N.Y., passed away at home Aug. 12, 2017, surrounded by his loving family. "Clem" will be remembered as a kind, charitable and compassionate man, whose sharp intellect, strong faith, positive attitude, and hearty sense of humor touched many lives.

Clement was born in Glen Lyon on Nov. 5, 1930. A graduate of Newport Twp. High School in Wanamie, he was elected junior and senior Class President. An outstanding athlete, he excelled in basketball and baseball, and fulfilled his personal dream by playing professional baseball with the New York Giants organization in 1953.

A veteran, he served four years in the United States Army, rising to the rank of sergeant first class by age 20. He fondly recalled those years as ones where he cultivated a disciplined work ethic. Under the G.I. Bill, he pursued a college education, earning a B.S. in electrical engineering from Bucknell University in June 1957. He accepted a position with IBM / FSD in Owego, N.Y., where he enjoyed a 30-plus year career, and his natural leadership abilities led to 18 years in manufacturing management assignments.

A man of deep faith, Clement was a practicing Catholic and longtime member of St. Ambrose Church, Endicott, N.Y., where he served in many capacities, including solemn funeral masses and as a member of the Nocturnal Adoration Society. He was a Knights of Columbus member (third degree) for over 30 years and will be remembered well for his zesty Bingo calls, a helping hand at fundraisers, and for his impassioned discussions at meetings.

He was predeceased by his parents, George and Helen Sitar Kovalich, Glen Lyon; his brothers, Sylvester, Hudson, N.Y.; and Joseph, Center Valley.

The family extends sincere and heartfelt gratitude to the caring staff of Lourdes at Home and Lourdes Hospice, with special thanks to Julie.

To plant trees in memory, please visit our Sympathy Store.
Published by Citizens Voice on Aug. 20, 2017.
MEMORIAL EVENTS
Sep
9
Funeral Mass
1:00p.m.
Saint Ambrose Church
, Endicott, New York
Funeral services provided by:
Allen Memorial Home
GUEST BOOK
4 Entries
What a full life. He will always be a light in your hearts. He will surely be missed, and remembered with much love and affection. My thoughts are with you Jill and your entire family.
Mar&#237;a
August 23, 2017
Jill & family,

I am so sorry for your loss. May you find comfort in the many memories that you hold dear and knowing that many people are holding you close at heart.

Love-
Lori
Lori Lodge
August 22, 2017
He loved his nieces Christa and dawn unconditionally that knowing this left a huge gap in their hearts. However will we go on?

Family
August 20, 2017
We are so very sorry. We always enjoyed conversing at the Blue Dolphin with Clem about baseball and "back home" Eugene and Arlene (Fedorchak from Honey Pot) Kucharski, Apalachin, NY
Eugene & Arlene Kucharski
August 20, 2017