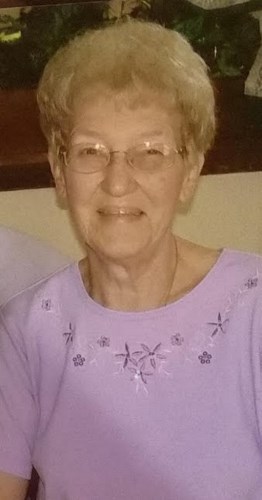 Born Jan. 28, 1933, in Glen Lyon, she was a daughter of the late Frank and Sophia Sobeleski Mihneski.

Dolores was a 1951 graduate of Newport Twp. High School. She was employed as a seamstress by Bass Manufacturing, Plymouth, for over 25 years, retiring in 1987.

She was a member of Exaltation of the Holy Cross Church, Buttonwood, where she enjoyed the annual bazaar. She also loved polkas, bingo, crafts, baking and trips to the casino with her sisters.

A Mass of Christian Burial will be held at 10 a.m. Tuesday in Exhaltation of the Holy Cross Church, 420 Main Road, Hanover Twp. Interment will follow in Hanover Green Cemetery. Friends may call from 9 a.m. until the time of services Tuesday morning in the church.

Arrangements were entrusted to Charles V. Sherbin Funeral Home, Hanover Twp.
To plant trees in memory, please visit our Sympathy Store.
Published by Citizens Voice on Dec. 4, 2017.
MEMORIAL EVENTS
No memorial events are currently scheduled.
To offer your sympathy during this difficult time, you can now have memorial trees planted in a National Forest in memory of your loved one.
GUEST BOOK
5 Entries
Sorry to learn of the sad news of my Godmother's passing. Although out of touch with Dolores, I remember her fondly.
Donna Agnes Dolores (Bolinski) Layne
December 5, 2017
Sorry to hear about Dolores. You have my
Deepest sympathy.
Cousin: Alberta (Kush) Bolinski
December 5, 2017
Very Sorry for your loss. My thoughts and prayers for you Deb and your Family
Sue King
December 5, 2017
Donna Shimko
December 4, 2017
Going to miss our great conversations. May you rest peacefully Aunt Dolores. Sadly, will I miss my Godmother.
Donna Shimko
December 4, 2017