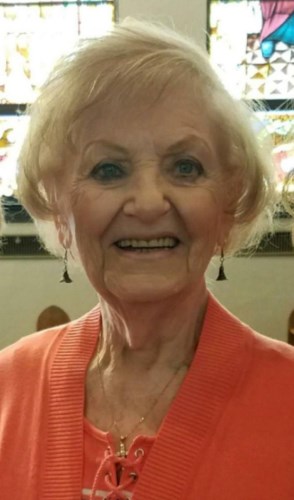 Born June 24, 1927, in Philadelphia, she was the daughter of the late Montieth and Margaret (Schneiderlin) Cross. She had resided in Nanticoke for many years and later Mesa, Ariz., then Pembroke Pines, Fla., returning to reside with her daughter, Doreese, in May 2016.

She was an avid Bridge player and member of Wyoming Valley Bridge Club, Unit 120. Dorothy played at the Irem Temple in Dallas, Jewish Community Center, Wilkes-Barre, and Florida, as well as online. She also traveled to Bridge tournaments throughout the country.

She was preceded in death by her first husband, Reese Lewis; and second husband, Louis H. Coopey, as well as her brother, Monty Cross.

Honoring Mrs. Coopey's wishes, her body was donated to Humanity Gifts Registry for anatomical study and research. There will be no public services or calling hours.

Arrangements are in the care of Davis-Dinelli Funeral Home, 170 E. Broad St., Nanticoke.
To plant trees in memory, please visit our Sympathy Store.
Published by Citizens Voice on Jan. 25, 2018.
MEMORIAL EVENTS
No memorial events are currently scheduled.
To offer your sympathy during this difficult time, you can now have memorial trees planted in a National Forest in memory of your loved one.
Funeral services provided by:
Davis Dinelli Funeral Home
GUEST BOOK
1 Entry
Grandma you will be truly missed. You are just an elegant woman with a lovely heart and that beautiful smile R.I.H
Viola Jackson
January 26, 2018