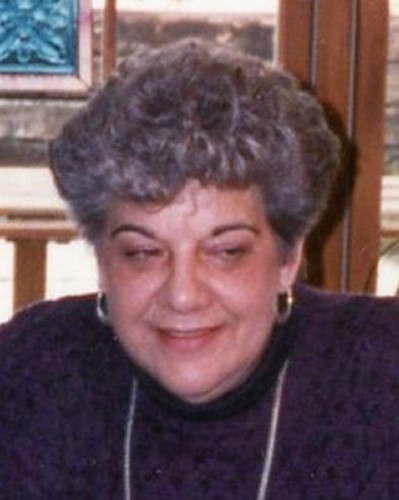 Elaine C. Czekalski, RN, 88, a resident of North Wilkes-Barre, died Thursday, April 6, 2017, at St. Luke's Villa, Wilkes-Barre. She had previously been a guest at Tiffany Court, Kingston, for some time.

Mrs. Czekalski was born in Glen Lyon, Newport Township, daughter of the late John and Mary Woytocek Smetana, and was a graduate of Newport Twp. High School.

She received her nurse's training at the former Wilkes-Barre General Hospital School of Nursing. She had been employed as a registered nurse, specializing in IV treatments for most of her career.

She had been a member of the former St. John the Evangelist Church and Sacred Heart Church, both of Wilkes-Barre. Following their merger, she was a member of St. Andre Bessette Church.

She had been a very active alumna of the Wilkes-Barre General Hospital School of Nursing.

In addtion to her parents, she had been preceded in death by her husband of 62 years, Joseph L. Czekalski, in 2015.

Interment will be in St. Michael's Cemetery, Glen Lyon.

The family requests that flowers be omitted and that memorial donations in her name be made to a charity of the donor's choice.
To plant trees in memory, please visit our Sympathy Store.
Published by Citizens Voice on Apr. 8, 2017.
MEMORIAL EVENTS
No memorial events are currently scheduled.
To offer your sympathy during this difficult time, you can now have memorial trees planted in a National Forest in memory of your loved one.
Funeral services provided by:
H Merritt Hughes Funeral Home Inc
MAKE A DONATION
Please consider a donation as requested by the family.
GUEST BOOK
4 Entries
To Louise, Marlene and families.
Sincere condolences on the loss of your Sister. Elaine was always fun to be around.
May she rest in peace in the arms of our Lord. Teresa Mayewski
.
April 10, 2017
Kathy and Susan,
The Trudnak family is sad to hear of the loss of your mother. There are a lot of memories that we have of her as children growing up together and being over at your house. She was a kind and caring woman who will be greatly missed. Take care!
Joe and Diana
Pam and Joseph
April 10, 2017
Kathy, So sorry to hear of the loss of your Mom. I remember her fondly growing up.
Susan (Horensky) Rhiel
April 8, 2017
Czekalski Family,Memory Eternal Elaine!! ;worked at WBGH ;Elaine great nurse.person enjoyed talking with her always;may your faith & memories bring comfort Justine Borino LPN
justine borino
April 8, 2017