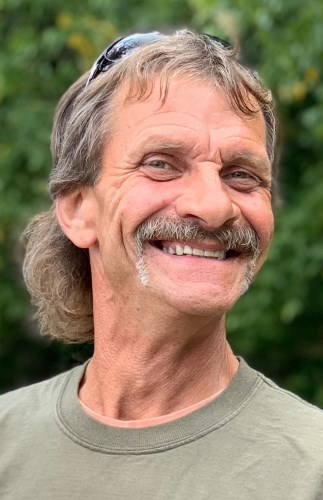 Frank J. Kus, 57, of Dallas, passed away Friday, May 28, 2021, in Wilkes-Barre General Hospital after a courageous battle with brain and lung cancer.

Born in Nanticoke, he was the son of the late Francis and Theresa Hudak Kus and was a graduate of Hanover High School.

Frank had worked as a supervisor with the Dallas Borough road and street department for 21years. He had previously owned and operated White Appliance and Furniture in Dallas.

Frank very much enjoyed hunting and fishing and spending time with his family.

Frank was preceded in death by a brother, Joseph Kus.

"He never looked for praise. He was never one to boast. He just went on quietly working. For the ones he loved the most. His dreams were seldom spoken. His wants were very few and most of the time his worries went unspoken too. He was there, a firm foundation through all our storms of life. A steady hand to hold onto in times of stress and strife. A true friend we could turn to when times were good or bad. One of our greatest blessings. The man that we called Dad."

Funeral service will be held privately at the convenience of the family from The Richard H. Disque Funeral Home Inc., 2940 Memorial Highway, Dallas, with the Rev. James Howell officiating.

Interment will be in Maple Hill Cemetery, Wilkes-Barre.

Online condolences may be sent to Disquefuneralhome.com.

To plant trees in memory, please visit our Sympathy Store.
Published by Citizens Voice from May 29 to May 30, 2021.
MEMORIAL EVENTS
Jun
1
Visitation
6:00p.m. - 8:00p.m.
Richard H. Disque Funeral Home, Inc
2940 Memorial Hwy, Dallas, Pennsylvania 18612
Funeral services provided by:
Richard H. Disque Funeral Home, Inc.
MEMORIES & CONDOLENCES
Sponsored by Richard H. Disque Funeral Home, Inc..
6 Entries
Barb, so very sorry for your loss. My thoughts and prayers are with you and your family.
Lisa Travis
June 1, 2021
My thoughts and prayers are with the Kus and Houck Families during this difficult time!! Rest In Peace Frank. Monique Chihorek: classmate/friend
Monique Chihorek
Friend
May 31, 2021
There are not enough words to express how sad I feel after learning of Frank's passing. We were friends from kindergarten through high school, having somehow lost touch after graduation. Frank was an awesome man and he can never be replaced. He was very kind and helpful to my Uncle Mike when they were neighbors, for which I will always be grateful. To his beautiful wife Barbara, their children and the Kus family, I offer my sincerest condolences and prayers. May he rest in God's mercy.
Bernie Castle
Friend
May 30, 2021
sorry for your loss he is a very nice person and polite to people
julia Domanski
Family
May 30, 2021
Your friends at Fino´s Pharmacy will never forget you. The teasing, middleworth chips and a candy bar!! You will be missed more then you will ever know. Prayers to your wife and children.
Brenda
May 29, 2021
Grief can be so hard, but our special memories help us cope. Remembering you and your loved one today and always.
Norma and jack montross
Family
May 29, 2021