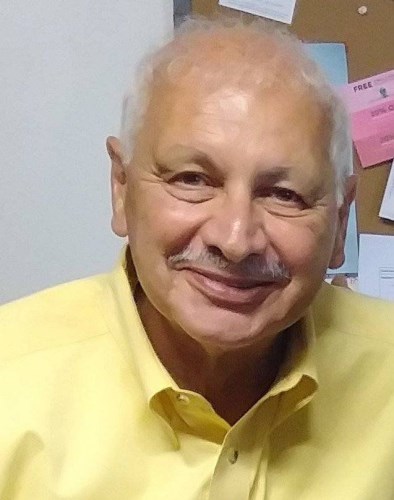 John M. Castrignano, 73, of County Line Road, Selinsgrove, passed into the loving arms of Jesus on the night of Wednesday, June 16, 2021, at his home with his loving family by his side.

John graduated from St. Mary's High School on June 13, 1965. He then went on to graduate from Northwestern Oklahoma University on July 31, 1970, with a bachelor's degree in biology. John later graduated from Central Missouri State University, Warrensburg, Mo., on Aug. 14, 1971, with a master's degree in sociology of corrections.

He served in the United States Army from 1971 until his honorable discharge from the medical core in 1977. During his time in the Army, he was stationed in Okinawa during the Vietnam War.

John was a 40-year member of Christ Community United Methodist Church, Selinsgrove, where he served in many leadership roles.

John enjoyed jogging, bicycling, traveling to 48 of the 50 U.S. states, and traveling internationally. The most important thing in John's life was his family, whom he cherished very much.

In addition to his wife, Janice, John is survived by one daughter, Shannon Reid; two granddaughters, LaShawna Reid and her fiancé, Javon Hasty; and Anya Jensen; one great-granddaughter, Aaliyah Hasty; one brother, Joseph Castrignano; one sister and brother-in-law, Mary and David Iverson; and numerous nieces and nephews.

He was preceded in death by numerous aunts and uncles.

Family and friends will be received from 9 to 11 a.m. in Christ Community United Methodist Church, 3939 Park Rd., Selinsgrove, followed by the funeral service at 11 a.m. with Pastor Curt Brown and the Rev. Eric Shafer officiating.

Burial with full military honors will be accorded by the Shikshinny American Legion Post 495 in St. Mary's Cemetery, Wilkes-Barre, following the funeral service.