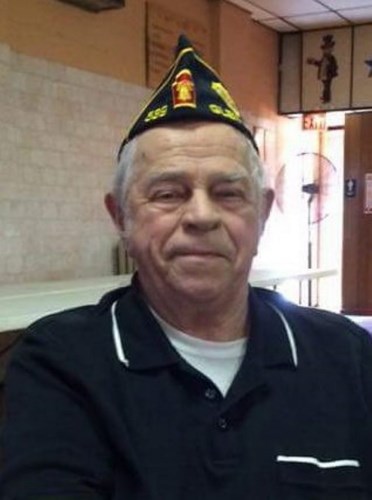 Joseph J. Rambus, 82, of Orchard Street, Glen Lyon, died Tuesday, May 2, 2017, at his residence, surrounded by his loving family.

He was born in Glen Lyon on Nov. 27, 1934, the son of the late Joseph J. and Veronica Butchko Rambus. He lived his entire life in Glen Lyon, where he was a member of the graduating Class of 1952 of Newport Twp. High School. He was also a graduate of the Pennsylvania College of Technology, Williamsport, where he attained a degree in the Heavy Duty Mechanic Program.

Joseph was a veteran of the Korean War and was proud to serve his nation in the U.S. Air Force from 1952 to 1956, eventually attaining the rank of staff sergeant. He was the recipient of the National Defense Medal and Good Conduct Medal.

He was employed as a heavy equipment mechanic by Bill McHenry's Heavy Equipment Co., Wilkes Barre, for six years and later for Standard Equipment which later became LB Smith in Plains Twp., from where he proudly retired after 41 years of service. Joe really loved and enjoyed his job, spending countless hours working. He was honored to be a "Lefty" or "Wrong Armer" and was quite skilled at his profession.

Joseph was a loving husband, father and pop pop and will be sadly missed.

He was a member of the Italian American Sporting Club and American Legion Post 539, Glen Lyon, where he was honored for 60 years of membership and received a citation from the Commonwealth of Pennsylvania House of Representatives for his dedicated service. He was also a member of the Craftsman's Guild.

Preceding him in death were his sisters, Rosemary Rychlicki and Ann Czeck.

A Mass of Christian Burial will be celebrated at 10 a.m. in Holy Spirit/St. Adalbert's Church, Glen Lyon.

Interment will be in St. John the Baptist Cemetery, Glen Lyon.

The family would like to extend their deep gratitude to Dr. John Carey and his nurse, Jessie M., and also to Commonwealth Home Health and Hospice of Berwick for compassionate and excellent care given to Joe in his time of need.

To plant trees in memory, please visit our Sympathy Store.
Published by Citizens Voice on May 3, 2017.
MEMORIAL EVENTS
No memorial events are currently scheduled.
To offer your sympathy during this difficult time, you can now have memorial trees planted in a National Forest in memory of your loved one.
Funeral services provided by:
George A Strish Inc Funeral Home
GUEST BOOK
12 Entries
Said my final good-byes to a good friend this morning - my neighbor Joe Rambus. Joe and Andrea (my school mate) worked hard over the years and raised a family with good family values. Joe loved his country and made his friends feel ten feet tall when he socialized and worked with his fellow co-workers. Andrea and your family, your loss is our loss - the community in which you and Joe have lived your entire lives. Joe will be missed by many.
Tom Kashatus
May 5, 2017
Andrea(Sister), Beth and I are sorry to hear about Joe. You and your family will be in our prayers. Take care of yourself. Love Mike
May 4, 2017
Andrea so sorry to hear of Joe's passing,condolences to you and your family. Our thoughts and prayers are with you. (Pamela Baxley) Richard Hanley, Chuck and Katrina Keller, Jennifer Keller, Joey and Katie (keller)Coaker.
May 4, 2017
Andrea, our prayers and condolences to you and your family. Diane (Baxley) and Sonny McDermott, Daytona Beach Florida
May 3, 2017
you were a great man and you will be missed and i will remember all the good times we had together at your home around the holidays
mary alice chempanos
May 3, 2017
Andrea, So sorry to hear that Joe passed away. May he R.I.P. Although I knew your mom and dad years ago when I lived in Glen Lyon, I haven't really kept in touch with you and your family, except for the one time when I met you at Exaltation of the Holy Cross bazaar several years ago. My husband died 4 1/2 years ago. Still miss him. May you and your children find comfort in each other at this very sad time.

Bill Lemanowicz
Bill Lemanowicz
May 3, 2017
Condolences to the family. I would see him getting his lottery tickets everyday. Such a nice man. After I moved away I thought of him often. RIP
Mary Ann Smocharski
May 3, 2017