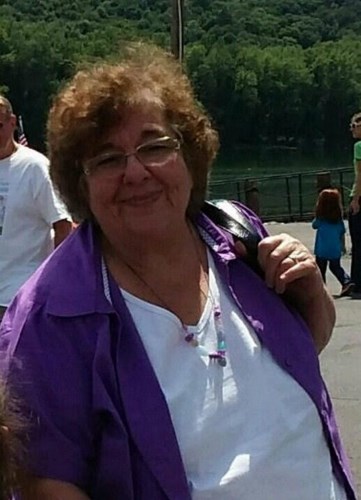 She was born in Coal Twp. on May 5, 1946, the daughter of the late Jessie and Betty Klinger Kerschner.

She was a member of the Larksville High School, Class of 1964. She attended Wilkes College and Robert Packer Hospital School for Surgical Technicians and was employed by Mercy Hospital, Wilkes-Barre. Later she decided to pursue a career in nursing and graduated from Luzerne County Community College, Nanticoke, receiving an associate degree in applied science in nursing. She was employed by Wilkes-Barre General Hospital as a registered nurse.

Judy was a dedicated wife, mother and grandmother who enjoyed spending time with her family, especially with her beloved granddaughter, Aaliyah. Judy loved fishing and crafting. Each year in the spring she would eagerly await the return of the hummingbirds to her bird feeders and they usually arrived by her birthday.

Preceding her in death was a brother, John Kerschner.

Private funeral services were held at the convenience of the family. Arrangements are by George A. Strish, Inc. Funeral Home, 211 W. Main St., Glen Lyon.
To plant trees in memory, please visit our Sympathy Store.
Published by Citizens Voice on Aug. 27, 2017.
MEMORIAL EVENTS
No memorial events are currently scheduled.
To offer your sympathy during this difficult time, you can now have memorial trees planted in a National Forest in memory of your loved one.
Funeral services provided by:
George A Strish Inc Funeral Home
GUEST BOOK
2 Entries
I'm so very sorry for your loss, Uncle Eddie. Sending my thoughts and prayers to you and Ed & Dave. She will be truly missed. xoxoxo
Justine Soprano
August 27, 2017
So sorry for your loss uncle Eddie. Judy was a wonderful person and will be greatly missed
Monica Kochanski
August 27, 2017