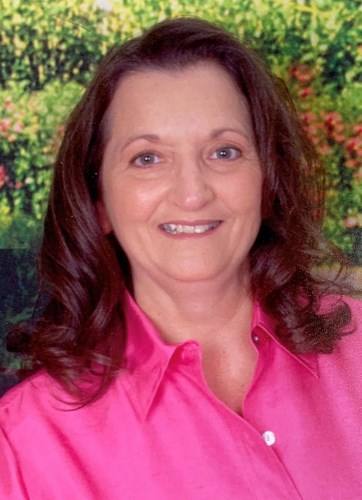 Linda was born in Nanticoke on Sept. 9, 1947, one of 10 children to the late Joseph and Ruth Malock Garnett. Linda was a graduate of Hamilton High West in Hamilton, N.J. On May 28, 1984, she married Ralph G. Schooley Sr. at Kuser Farm Park, Hamilton. She was employed by New Jersey Department of Transportation for 20 years until declining health no longer permitted her to continue. When she was able, Linda enjoyed traveling, camping, playing cards, crocheting and in early years, archery. Linda was a member of The Truth Bible Study.

A funeral service will be held at 1 p.m. Wednesday at Maryott-Bowen Funeral Home, 217 York Ave., Towanda.

The family will receive friends one hour prior to the service at the funeral home.

Interment will be in the Darling Cemetery, Orwell Twp.

Memories and condolences may be expressed by visiting www.bowenfuneralhomes.com.
Published by Citizens Voice on Jun. 6, 2020.
To plant trees in memory, please visit the Sympathy Store.
MEMORIAL EVENTS
Jun
10
Visitation
12:00p.m.
Maryott-Bowen Funeral Home
217 York Avenue, Towanda, PA
Jun
10
Funeral service
1:00p.m.
Maryott-Bowen Funeral Home
217 York Avenue, Towanda, PA
Funeral services provided by:
Maryott-Bowen Funeral Home
MAKE A DONATION
MEMORIES & CONDOLENCES
Sponsored by Maryott-Bowen Funeral Home.
3 Entries
Aunt Linda had the sweetest nature of anyone I have ever had the privilege to know. Later in life, she desired a closer relationship with her God and Savior and was truly an inspiration as she yielded her life to the One who promised eternal salvation to all who would love and serve Him. My heart aches for all of you who will miss her the most; Uncle Ralph and Mark, especially. Please know our hearts are with you during this difficult time.
Marsha Ransom
June 8, 2020
orry to hear of your loss. We are sure she will be missed by all that knew her Our prayers are with your family at this time of grief.
Bill & Bonnie Keeney
June 8, 2020
Mary & I are so sorry for your loss, lot of great memories when you lived in Hamilton Our prayers and thoughts are with you
Alexander Sabo
Friend
June 7, 2020
Showing 1 - 3 of 3 results