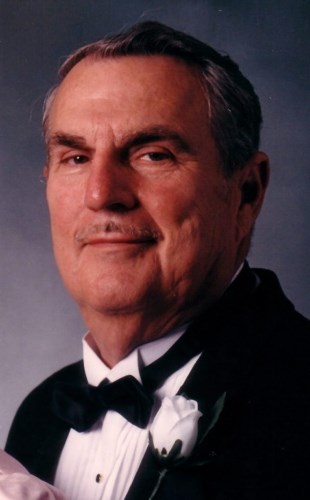 Born in Masontown on Sept. 7, 1927, he was the son of the late Phillip and Rose Valleri Roke.

He attended the Newport Twp. schools and Mario was a U.S. Army veteran of World War II, serving with the 11th Airborne Division.

Mario was employed by the Bechtel Corp., engineering at several nuclear power plants across the United States, until his retirement.

He was a member of the former St. Denis Church and the former Corpus Christi Parish and Holy Spirit Parish, Glen Lyon, the Italian American Sporting Club, American Legion Post 539 and the former Veterans of Foreign Wars Post 8353, all of Glen Lyon. He served as a volunteer firefighter for the Newport Twp. Fire Department for more than 40 years and he was one of the first locally certified EMTs with the Newport Twp. Ambulance Association. Mario was also was an avid hunter. Mario was preceded in death by his loving wife, the former Elaine A. Laychus Roke; daughter, Lisa A. Roke Higgins; sister, Mary Thomas; and brothers, Victor, Louis, Nello and Joseph Roke.

To plant trees in memory, please visit our Sympathy Store.
Published by Citizens Voice from Apr. 10 to Apr. 11, 2017.
MEMORIAL EVENTS
No memorial events are currently scheduled.
To offer your sympathy during this difficult time, you can now have memorial trees planted in a National Forest in memory of your loved one.
Funeral services provided by:
George A Strish Inc Funeral Home
GUEST BOOK
Sponsored by Mark & Debbie.
7 Entries
Thanks to all our friends and relatives for your kind words and prayers. Our Dad was a very special man. He inspired us to take chances and to follow our hearts. He supported us in our quests, picked us up when we failed and encouraged us to keep moving forward. We know deep in our hearts and souls that he is with Mom and Lisa!
Phil & Theresa Roke
May 2, 2017
To my dearest family, some things I'd like to say...
but first of all, to let you know, that I arrived okay.
I'm writing this from heaven. Here I dwell with God above.
Here, there's no more tears of sadness; here is just eternal love.

Ruth Ann Mahaffey (author)
©Copyright 1998
Mark & Debbie
April 17, 2017
Uncle Mario, I have such fond childhood memories when you and Uncle Vic would visit Mom and our family or when we wold visit family in Glen Lyon. You will always be part of our hearts. To my cousins Phil, Mark, and all their families: my sincerest condolences. Uncle Mario was an exceptional person. I know all of us will miss him.
Diana Papili
April 15, 2017
Mark, Phil and family, you Dad was a great man, from the greatest generation of men, just like my Dad. They both served in WWII (U.S. Army). I had the opportunity to chat with him a few years ago. I still have fond memories of him from our childhood. Our thoughts and prayers are with your entire family.
Nathan & Elsie Buydos
April 12, 2017
So sorry for your lost
Peg Rinker
April 11, 2017
Mark, Debbie and family , sorry for your loss . I never met Mario, but remember Debbie,s parents spoke highly of him. he's at rest now .
Joyce & John Poltz
April 10, 2017
Mario was our neighbor & friend to my dad & mother and that made a huge difference in their quality of life for that I am eternally grateful. Marilyn & I loved stopping by on our way to Maine or on our back to Texas. He, his wife and daughter were always a pleasure to see again, then there was just him, still it was great seeing him & talking with him. May GOD smile on his soul.
Lawrence Kray
April 10, 2017