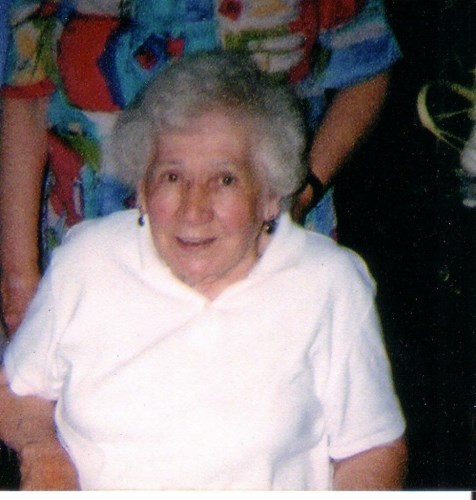 She was born July 30, 1922, the daughter of the late Ignatz and Katherine Sudol Kempinski.

She was a 1940 graduate of Newport Township High School and also was a graduate of Wilkes College where she received a degree in business. Matilda was employed as a bookkeeper for the former Chevron Oil Company which later became Gulf Oil, retiring in the 1980s. She was a member of Holy Spirit Parish, Glen Lyon. Matilda was active in many church events of the former St. Adalbert's Church. She also served as secretary of the VFW, Glen Lyon and volunteered to do tax work for senior citizens. Together, with her husband Walter, they were active in Ham Radio and the 4H Club.

Preceding her in death was her husband of 18 years, Walter Zolnerowicz, who passed away in 1971; brothers, Phil, Leo, Walter and Frank Kemp; sisters, Anna Kalota, Stasia Urban, Eleanor Urban and Bertha Bosavage.

She is survived by many nieces and nephews.

Funeral services will be held at 9:30 a.m. Tuesday from George A. Strish Inc. Funeral Home, 211 W. Main St., Glen Lyon, with Mass of Christian Burial at 10 a.m. in Holy Spirit/St. Adalbert's Parish, Glen Lyon. Interment will be in St. Adalbert's Cemetery, Glen Lyon. Friends may call from 8:30 a.m. until the time of service Tuesday from.

In lieu of flowers, donations can be made in her memory to Holy Spirit Parish, 43 W. Main St., Glen Lyon, PA 18617.
To plant trees in memory, please visit our Sympathy Store.
Published by Citizens Voice on Apr. 10, 2017.
MEMORIAL EVENTS
No memorial events are currently scheduled.
To offer your sympathy during this difficult time, you can now have memorial trees planted in a National Forest in memory of your loved one.
Funeral services provided by:
George A Strish Inc Funeral Home
GUEST BOOK
1 Entry
I am sorry for your loss. May the God of comfort be with you during your time of mourning. Isaiah 61:1,2 ; Matthew 5:4
April 13, 2017