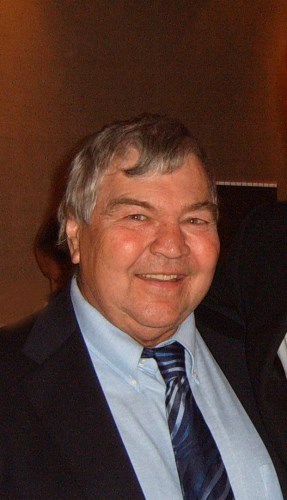 On Sunday, Jan. 10, 2021, Nicholas Robert Alapack "Nick" passed away unexpectedly but peacefully at his home in Kingston.

Born April 18, 1946, in Kingston, he was the son of the late Nicholas and Bertha Alapack. After graduating from Central Catholic High School in 1964, he joined the United States Navy where he served for four years. He worked as an electrician, store manager and lastly as a meter reader for UGI until he retired in 2010.

In August 1971 he married Barbara Batory and they remained married until her passing in July 2009.

Surviving are his son, Nicholas (spouse, Karen), Swoyersville; daughter, Aimee (spouse, Paul), Dillsburg; and brother, Richard (spouse, Le Thi Tu "Chili"), Vietnam. Also surviving are his grandchildren, Zachary Wolfe and Justine Alapack, both were his source of inspiration throughout his later years in life. He loved them unconditionally. We would be remiss if we didn't mention his sisters-in-law, Mary Ann Batory; and Dolores Klaips-Adams, who were like the sisters he never had and he thought of them as such.

Nick lost a leg in 2010 but never lost his fight or spirit. The help of Dr. John Guerriero, who was a close friend and 24/7 resource of the family, and Dr. Donald Kretchmer, a great friend who went above and beyond with his care, enabled dad to carry on almost seamlessly until the very end.

Nick was a tireless giver who cared for his mom, aunt, wife and neighbors without ever complaining. He was a model of patience, care and understanding whose personality could fill a stadium. If there is a television in heaven, Nick will no doubt be watching his beloved Notre Dame Fighting Irish, New York Yankees and Pittsburgh Steelers. He will be missed greatly but never forgotten. We will be strong for you. We will be strong because of you.

Due to COVID-19 issues, arrangements are pending until a later date but a celebration of life is in the works for all to attend sometime in the spring or summer.

Condolences can be sent to betzjastremski.com.

To plant trees in memory, please visit our Sympathy Store.
Published by Citizens Voice on Jan. 15, 2021.
MEMORIAL EVENTS
No memorial events are currently scheduled.
To offer your sympathy during this difficult time, you can now have memorial trees planted in a National Forest in memory of your loved one.
Funeral services provided by:
BETZ-JASTREMSKI FUNERAL HOME,INC. - LUZERNE
GUEST BOOK
Sponsored by BETZ-JASTREMSKI FUNERAL HOME,INC. - LUZERNE.
7 Entries
Nick was a wonderful person, very loving and caring. He will be missed. I was a close friend to him. He helped my kids and I so much. he was a great encouraging person and very selfless.
Christina M
Friend
February 22, 2021
What wonderful commentary on Nick's life. I have basked in his kindness and goodness and smile and so enjoyed our chats. I believe the words he heard when he went home were "well done good and faithful servant".
Sharon Chang
Friend
January 18, 2021
So sorry for your loss. Thoughts and prayers to the Family.
Nancy Bauman
January 15, 2021
So sorry for the loss of such a beloved father , father in law and grandfather.
JoAnn Yanchick
Friend
January 15, 2021
Nick was a kind gentle soul who brightened our day every time he was here. He was a person who made a friend everywhere he was. May he rest in Peace. Prayers to his children and family.
Lara
January 15, 2021
Nick and Aimee,

We lost a great guy and wonderful neighbor.I have many good memories of a kind,thoughtful man.

Frank Lavelle
frank lavelle
January 15, 2021
Nick was a tremendous guy and lifetime friend. He was always doing something good for people in need and set a great example for us to follow. We had so much fun playing softball years ago and visiting the Baseball Hall of Fame multiple times. I am so fortunate that Nick and I spent some time talking sports and about his children and grandchildren (always) just a few days before he passed. Rest easy, my friend.
Dave Jolley
Friend
January 14, 2021