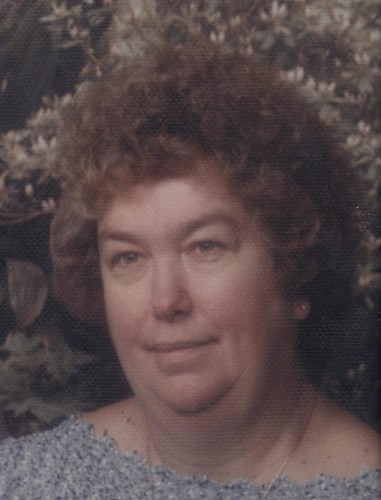 Patricia was born Jan. 15, 1938, a daughter of the late William and Ann Lurowist Bush. She was a graduate of Newport Twp. High School.

Patricia was employed as a bookkeeper by A. Rifkin & Co. She was later employed by the RCA Corp. and retired from Community Family Services.

Interment will be in Oak Lawn Cemetery, Hanover Twp.

Friends may call from 4 to 7 p.m. Wednesday at the funeral home.

Memorial donations may be made in Patricia's name to the American Cancer Society, P.O. Box 22478, Oklahoma City, OK 73123.

Condolences may be sent by visiting Patricia's obituary at www.natandgawlas.com.
To plant trees in memory, please visit our Sympathy Store.
Published by Citizens Voice from Jun. 12 to Jun. 13, 2017.
MEMORIAL EVENTS
No memorial events are currently scheduled.
To offer your sympathy during this difficult time, you can now have memorial trees planted in a National Forest in memory of your loved one.
Funeral services provided by:
Nat & Gawlas Funeral Home
MAKE A DONATION
Please consider a donation as requested by the family.
GUEST BOOK
7 Entries
So sorry for your loss.Pat was a terrific woman and will be missed.Cheryl and Dan Community Family Services
June 26, 2017
So sorry for loss, may she Rest In Peace.
Love Aunt Gerri and Uncle Tom.
June 16, 2017
John and family so sorry to hear of your mothers passing I remember her as a kind lady with a warm smile.Kyle PIckett and family
Kyle Pickett
June 15, 2017
So sorry for your loss. My thoughts and prayers are with the family.
Diane Divecchia
June 13, 2017
SO VERY SORRY FOR YOUR LOST
JANE CONDU
June 13, 2017
So sorry for your loss. May she Rest In Peace.
Virginia Chwastyk
June 13, 2017
I Love u n Miss u soo much gram.... <3
Jen
June 13, 2017