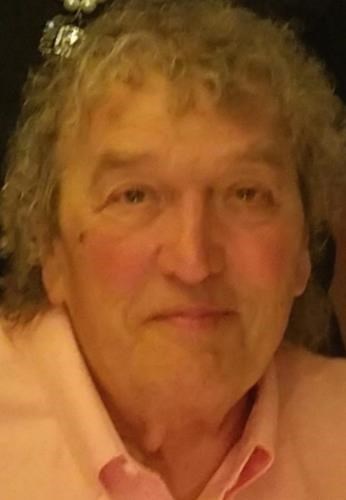 Born in Wilkes-Barre, he was the son of the late John Lussi and Mary Wanek Lussi.

He was a member of St. Benedict's Church, Wilkes-Barre. He was a graduate of Sacred Heart High School and retired from Calex Trucking, Pittston. Richard was the co-owner of Plains Electric and Furniture, Plains Twp. Richard was also an usher at the Mohegan Sun Arena and a valet at Geisinger Hospital.

Richard was an avid sports fan loving all sports, especially Penn State football and all the Philadelphia teams. He loved hunting and fishing and loved his trips to Canada and also Wildwood Crest, N.J., where he would sit and enjoy the beach. Richard loved his family and traveling with them on vacations.

Richard was preceded in death by his brother, John, and sisters, Patricia Belardinelli and Rita Geer.

Interment will be in Sacred Heart Cemetery, Plains Twp.

Friends may call from 5 to 8 p.m. Friday at Corcoran Funeral Home.

In lieu of flowers, memorial donations may be sent to St. Joseph's Center, 2010 Adams Ave., Scranton, PA 18509.
To plant trees in memory, please visit our Sympathy Store.
Published by Citizens Voice on Oct. 12, 2017.
MEMORIAL EVENTS
No memorial events are currently scheduled.
To offer your sympathy during this difficult time, you can now have memorial trees planted in a National Forest in memory of your loved one.
Funeral services provided by:
Howell-Lussi Funeral Home
GUEST BOOK
19 Entries
Mr. Lussi was a very nice man and I enjoyed working for him. He is very much missed by me. Thank You for being my boss and friend.
Janet Brown
Friend
October 6, 2019
A lion of a man. A generation of young men carry his life lessons today and are better for it. That will be his legacy.
Jim Nardone
Family
October 22, 2017
To the Lussi Family,

My dear cousins, sending my deepest sympathy to you on the loss of dear Richard.

Richard was just the most wonderful person. He always had a smile on his face, a joke to share - a really, really funny joke - and he was always ready to talk politics. I really enjoyed those talks.

And he was always helping out with the family get togethers - in good times and in sad times - you knew Richard would be there for the family.

I will miss him very much, and I am very grateful to have known him.

I will keep you all in my thoughts and prayers for comfort in the days ahead.

The Senape Family from Freeland/Bear Creek send our condolences. Very sorry for the loss of a wonderful person.

James V. Senape, Jr. and Michael B. Senape
Michael Senape
October 13, 2017
Barbara and family, our deepest sympathy to you on the passing of Rich. We have many fond memories.
Bob & Joan Milligan
October 13, 2017
To the Lussi Family: