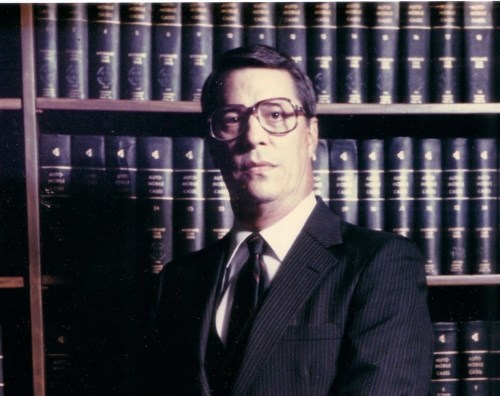 Attorney Wydo served the Hanover Area professionally and in volunteer community service roles over many years. Quiet and modest, he made a major impact on many lives.

On returning to the Wyoming Valley, Ron was a teacher of business law at Wilkes College and he served as an assistant district attorney and as a public defender for Luzerne County. He then entered into private practice, specializing in criminal law.

He served as solicitor for Hanover Area School Board and later Hanover Twp., where he was appointed township manager, the post from which he retired.

He was a proud member of the AMVETS and Catholic War Veterans, Post 274, where he served as adjutant. Ron was instrumental in founding Warrior Run/Askam Little League and active in the Lions Club, Wilkes-Barre Chamber of Commerce, youth hockey and the Hanover Township Ambulance Association. Ronald was a member of the Wyoming Valley Country Club. Golf was one of his true passions. Most of all Ronald was a hands-on true family man who adored his wife, children and grandchildren. He was so proud of all their accomplishments throughout the years. He was a devout Roman Catholic and had a deep love for his community. He will be sadly missed by all who knew and loved him.

The family would like to thank long time physicians and friends, Dr. James Butkofski and Dr. Janusz Wolanin for their care and compassion shown to Ronald through his times of need. They would also like to thank the many wonderful people, too numerous to mention, for their genuine kindness to Ronald.

Relatives and friends are invited to attended his Mass of Christian Burial on Wednesday at 10:30 a.m. at St. Nicholas Church 226 South Washington St., Wilkes-Barre. Interment will be in Hanover Green Cemetery. Arrangements are entrusted to George A. Strish Inc. Funeral Home, 105 North Main Street, Ashley.
To plant trees in memory, please visit our Sympathy Store.
Published by Citizens Voice on Apr. 24, 2017.
MEMORIAL EVENTS
No memorial events are currently scheduled.
To offer your sympathy during this difficult time, you can now have memorial trees planted in a National Forest in memory of your loved one.
Funeral services provided by:
George A Strish Inc Funeral Home
GUEST BOOK
6 Entries
My deepest sympathy for your loss.
Dawn Davis
April 25, 2017
May God bless you and your family in this time of sorrow.
Gerald & Helen Krall
April 24, 2017
Our deepest and heartfelt sympathy to the Wydo Family. Ron was a wonderful mentor and friend who will be greatly missed. He leaves behind a beautiful legacy that his family can look upon with great pride. Love to you, Janet, and the entire family. Again, our deepest sympathy.
Bernie and Trudy Kotulak
April 24, 2017
MY DEEPEST SYMPATHY. I HAVE KNOWN RON SINCE HE CAME OUT OF LAW SCHOOL & FIRST GOT INVOLVED IN POLITICS. HE WAS A GREAT GUY, LOVED BY ALL, HE WILL SURELY BE MISSED. MAY HIS SOUL REST IN PEACE
ANDY MAMARY
April 24, 2017
My deepest sympathies to the Wydo family.
Kevin Kwiatek
April 24, 2017
I had the pleasure of bumping into Mr.Wydo on numerous occasions at the courthouse.Always informed,insightful and warm conversation.A true gentleman.
Dan Pillets
April 24, 2017