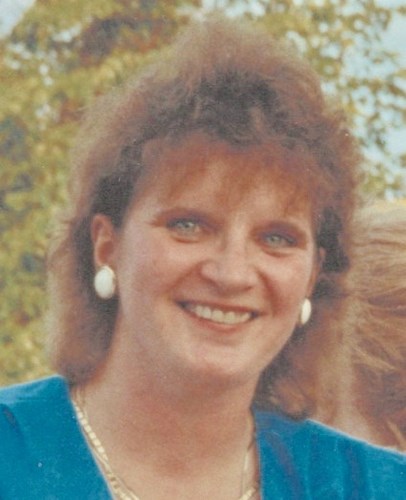 She was born in Dupont on Feb. 21, 1956, and was the daughter of the late Frank and Mary Kuna Ozark. Sally was a graduate of Pittston Area High School, Class of 1974.

As a teenager, she was the very first female newspaper carrier for the Wilkes-Barre Times-Leader newspaper. Sally was employed by Schott Optical, Duryea, with over 44 years of employment. She was an avid sports fan and enjoyed playing locally with several softball and bowling teams.

Sally was a very active volunteer for Tracey's Hope, Hospice Care and animal Rescue. She was instrumental in starting the Hospice program and provided her home as a foster home for many dying and elderly pets. She was a member of the Tracey's Hope Animal Rights Team, and worked undercover to bring many animal abusers to justice working with the Moosic police Department and the Lackawanna County District Attorney's office, saving the lives of many animals that have been abused. She was a loving daughter, sister, aunt and friend and she will be deeply missed by all who knew and loved her.

She is survived by her siblings, Antoinette Ozark, Duryea; Frank Jr. and his wife, Ann, Endicott, N.Y.; Marlene Ozark, Allentown; Stephen, Pittston Twp.; John and his wife, Kelly, Pittston Twp.; and Mark, Pittston Twp.; nieces, Adrienne and her husband, Dan Reed; and Sarah Ozark; nephew, John Ozark Jr.; her aunt and uncle, Charlotte and Dan Nyzio, Trumbull, Conn.; many cousins and friends; and she will be sadly missed by her dogs, Bella, Mimi and Reagan.

Sally's family would like to thank the physicians and nursing staff, especially Lena and Ray of the ICU unit at Regional Hospital of Scranton for there kindness, compassion and excellent care.

Funeral services will be held at 9:30 a.m. Saturday from Kiesinger Funeral Services Inc., 255 McAlpine St., Duryea, with a Mass of Christian Burial at 10 a.m. in Queen of the Apostles Parish Church, 715 Hawthorne St., Avoca, with the Rev. Phillip Sladicka officiating and the Rev. Joseph Kearney co-officiant.

Interment will be held in Ss. Peter and Paul Cemetery, Avoca.

In lieu of flowers, memorial contributions may be made to Tracey's Hope Hospice and Animal Rescue, 113 Foote Ave., Duryea, PA 18642.

Condolences may be made to www.kiesingerfuneralservices.com.
Published by Citizens Voice on Feb. 21, 2019.
To plant trees in memory, please visit the Sympathy Store.
MEMORIAL EVENTS
To offer your sympathy during this difficult time, you can now have memorial trees planted in a National Forest in memory of your loved one.
Funeral services provided by:
Kiesinger Funeral Services Inc.
MAKE A DONATION
MEMORIES & CONDOLENCES
15 Entries
Steve and family,

We are so sorry to hear about the loss of your sister Sally. Her spirit will live on in you and remember that she is with you always. Our thoughts and prayers are with you at this very difficult time.

Tony, Marie, and TJ Ferretti
March 3, 2019
Cousin Sally, there will always be a void...we will remember you with joy with the times we shared. Our hearts are heavy but our souls are lifted for having you in our lives.

Love and condolences to all our dear cousins in Pennsylvania. XOXOXO
Ann Ozark
February 26, 2019
Sally,

you will be sadly missed. Our condolences to your brothers and sisters
cousins Dave and Kathy Wesley
david wesley
February 23, 2019
So sorry for your loss, she was a classmate of mine from sacred heart and pa, what a sweet girl, she will be missed.
Betty A Rydzy Bauman
February 23, 2019
Sally I worked with you when I was with Tracey's Hope Pet Hospice & Rescue. During that time we shared many ups and downs with Tracey's Hope. Your first duty was always with the animals in need. You had the patience and the love to do this with all of them and you did it selflessly. You will be greatly missed. When the loss becomes a memory the memory becomes a treasure. With sympathy to your family. Love Terry Knorrston Fl.
teresa knorrston
February 22, 2019
Dear Sally
I knew you for many years and knew how much you loved animals and volunteered with Tracey's Hope.
You will be sadly missed but now you are with God and happy again. I bet the rainbow bridge is full of the animals running to you.
Candice Chilek
February 21, 2019
Linda Keating
February 21, 2019
I have sincere sympathy for the Ozark family during this time of sadness. May she rest peacefully.
February 21, 2019
Salcha -- you were one of a kind. Your humor, quiet compassion and ability to see through the b.s. in any situation set you apart. We have so many wonderful memories to keep you in our hearts. We will love you and miss you forever. Happy birthday in heaven, my dear cousin. Our condolences to your siblings and their families. Love always from M.A., Jay & Lukasz XXXOOO
M.A. Ricci
Family
February 21, 2019
I am so sorry for your loss. May the precious memories you have help you cope and bring you peace. 1 Thess. 4:14 can bring you some comfort knowing that there is a future for the loved ones we have lost in death. May the God of peace be with you and your family. JW
February 21, 2019
Wishing your family nothing but the best during this extremely hard time. May she rest in peace.
Arianna Hewitt
February 21, 2019
Dear Ozark family,

I'm so very sorry about the passing of Sally. I will keep her and all your family in my prayers.

Conrad Szumski
Conrad Szumski
February 21, 2019
I am deeply saddened to hear of Sally's passing today. I had the great pleasure of working with her for a few years and getting to know of her exceptional compassion towards all people she met. I just now read about her same compassion for our dear pets. It did not surprise me. May her unconditional love for helping our four legged animals only grow over time. She was truly a real Earth Angel in my eyes. My sympathy to her family and friends.
Suzanne Vacula
February 21, 2019
Wishing you peace to bring comfort, courage to face the days ahead and loving memories to forever hold in your heart.My heart is with you in your time of sorrow.Love Jodi Ozark
Jodi Ozark
February 21, 2019
So Sorry for your loss Thoughts and Prayers to the family
Bebe Yuhas
February 21, 2019
Showing 1 - 15 of 15 results