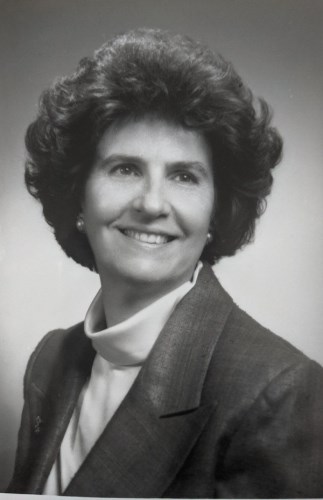 Born in Montreal, Quebec, Canada, she was the daughter of the late Jacob Chaim and Rachel Brisman Glustein and was a member of Congregation Ohav Zedek and many other religious organizations.

In 1945 at the age of 12, she traveled to the Bais Yaakov Teachers Seminary in Williamsburg, N.Y., to pursue higher Jewish education, which was not available in her hometown.

She was married in 1949 to Rabbi Mayer Pernikoff, a Rabbinic student at the time.

Together they settled in Wyoming Valley, where they dedicated themselves to Jewish teaching and outreach. She supported her husband in all of his communal works during their nearly 50 years of marriage.

Fondly known as "Geveres," she taught Hebrew studies to kindergarten and first grade from the opening of the United Hebrew Institute Jewish day school in Kingston until its closing some 65 years later. Close to a thousand students were the beneficiaries of her dynamic tutelage during her tenure.

Together, their home was an oasis, open to all in need of physical, emotional or financial support.

In addition to her parents, she was preceded in death by her husband.

She was laid to rest in Har Menuchos Cemetery in Jerusalem, Israel.

Shiva services will be observed at her home, 546 Westmoreland Ave., Kingston, until 3 p.m. Friday.

Published by Citizens Voice from Aug. 31 to Sep. 1, 2021.
To plant trees in memory, please visit the Sympathy Store.
MEMORIAL EVENTS
Sep
3
Shiva
3:00p.m.
her home
546 Westmoreland Ave., Kingston, PA
MAKE A DONATION
MEMORIES & CONDOLENCES
3 Entries
So sorry for your loss.
Grace Drust
September 7, 2021
Dr Pernikoff and family; I´m very sorry to hear about your loss.
Joe Filler
September 2, 2021
My deepest sympathy to you, Dr. Pernikoff and family on the loss of your mother.
Linda Niezgoda
Other
September 1, 2021
Showing 1 - 3 of 3 results