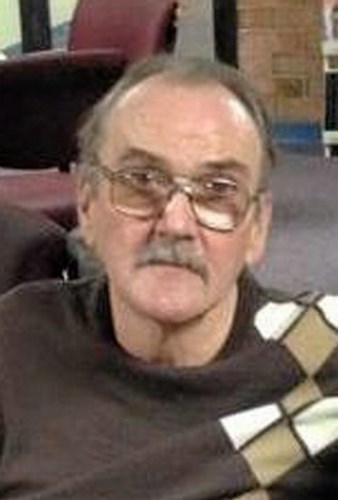 Born in Anspach, Germany, on June 3, 1949, he was the son of the late Leonard and Fredda Girg Thompson. A resident of Nanticoke and Newport Township most of his life, he attended the Newport Township Schools. He was employed as a painter at Phoenix Manufacturing Company for many years, retiring in 1995 due to an injury. He was also had been employed for a short time at Morris-Knutsen Company, Mountain Top.

He was a member of the former St. Stanislaus Church and previously belonged to Fraternal Order of Eagles and Sons of the American Legion, Nanticoke, when his health permitted him to go. He was an avid Pittsburgh Steelers fan.

A viewing and period of visitation will be Thursday from 5 to 7 p.m. at Davis-Dinelli Funeral Home, 170 E. Broad St., Nanticoke.

In lieu of flowers, contributions in Mr. Thompson's memory will be accepted at the funeral home.

Tom's family extends their sincerely thanks to the staff and aides at Post Acute Medical Specialty Hospital for the wonderful assistance as well as Dr. Wolanin who cared for him many years.
To plant trees in memory, please visit our Sympathy Store.
Published by Citizens Voice on Jan. 11, 2017.
MEMORIAL EVENTS
No memorial events are currently scheduled.
To offer your sympathy during this difficult time, you can now have memorial trees planted in a National Forest in memory of your loved one.
Funeral services provided by:
Davis Dinelli Funeral Home
GUEST BOOK
6 Entries
Rip dad love u
Mike Howard
February 1, 2017
Miss u dad rip love mike
Mike Howard
February 1, 2017
RIP
Terry Chick
February 1, 2017
Sending prayers to your family.
Delinda & Julie
January 12, 2017
Tanya
January 12, 2017
Charmain Thompson
January 11, 2017