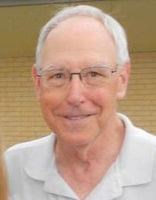 BORN
1935
DIED
2020
FUNERAL HOME
Yorgensen-Meloan-Londeen
1616 Poyntz Avenue
Manhattan, KS
John K. Strickler
Manhattan - John K. Strickler, age 84, of Manhattan, died February 23, 2020, at Ascension Via Christi Hospital in Manhattan.
He was born August 14, 1935, in Kansas City Missouri, the son of Bert and Ruth (Kemper) Strickler.
Strickler was a professor emeritus working with the Kansas State Forest Service at Kansas State University.
In 1987 to 1989 he served as Special Assistant for Environment and Natural Resources to Governor Mike Hayden. During that time, he worked with Governor Hayden to develop an executive order that created the cabinet-level Kansas Department of Wildlife and Parks.
He also served as Acting Secretary of Wildlife and Parks while leading a national search for a permanent Secretary. Later he agreed to serve a similar role for Governor Bill Graves.
During his time with Governor Hayden, Strickler worked as a liaison with the Kansas Legislature to establish the first funding for the Kansas Water Plan. He provided leadership in addressing Kansas water issues with particular emphasis on the important role of riparian forests and wetlands in protecting water quality.
Strickler was dedicated to the importance of environmental education and actively supported the efforts of the Kansas Association of Conservation and Environmental Education (KACEE). In 1999 Governor Graves announced establishment of the John K. Strickler Award for Environmental Education to be awarded annually by KACEE.
He was a founding trustee of the Kansas Chapter of The Nature Conservancy established in 1989 and continued to serve on that board until his death.
Most recently he was recognized by seven professional Kansas national resource societies as winner of the 2018 Kansas Conservation Champion Awards.
He is survived by his wife, Joan, and two children John E. (Debbi) Andover, and Carole Hay (Chris) Wamego, one brother Robert, Kansas City, and seven granddaughters: Megan Strickler, Nikki, Bailey and Abbey Marcotte, Polly Wasinger, Hanna Hermann, Jayme Hay, and one great granddaughter Stella Hermann.
A Celebration of Life for John will be held at 10:00 A.M. Saturday, August 14th. In an abundance of caution and with increased concerns about COVID-19, we will be broadcasting through zoom. For information on registering, contact Jolene Amtower at [email protected] After registering, you will receive a confirmation email containing information about joining the meeting.
Online condolences may be left with the family through the funeral home website at www.ymlfuneralhome.com.
Memorial contributions may be made to either the Kansas Chapter of the Nature Conservancy or the Kansas Association for Conservation and Environmental Education (KACEE). Contributions may be left in care of Yorgensen-Meloan-Londeen Funeral Home, 1616 Poyntz Avenue, Manhattan, KS 66502
Published by Topeka Capital-Journal from Aug. 9 to Aug. 10, 2021.
To plant trees in memory, please visit the Sympathy Store.
MEMORIAL EVENTS
Aug
14
Celebration of Life
10:00a.m.
KS
Funeral services provided by:
Yorgensen-Meloan-Londeen
MAKE A DONATION
MEMORIES & CONDOLENCES
Sponsored by CJOnline.com.
0 Entries
Be the first to post a memory or condolences.