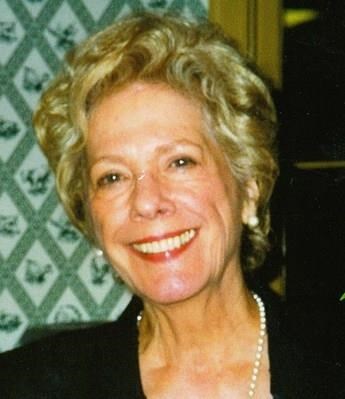 Madison - Aline Liles Spotts, 89, a long-time resident of Jackson, Mississippi, went home to be with her precious Lord and Savior on September 24th in Ridgeland, Mississippi. Aline was born in Bruce, Mississippi, on Feb 12, 1929, the third child of W.J. and Maifred Aline Liles. Aline was a favorite at Ole Miss and a member of Delta Gamma sorority. She graduated with a degree in Music Education.

Following her graduation, Aline moved to Dallas, Texas, where she worked as a stewardess for Braniff Airways. On June 6, 1950, Aline married William Max Spotts. The couple lived in Tyler, Texas, before returning to Jackson, where they reared their four children. Aline was a previous member of Central Presbyterian Church and then First Presbyterian Church of Jackson for over 50 years. She was a fabulous cook and enjoyed entertaining her friends and family. She made every holiday special with much love, beautiful Southern style and attention to detail. Aline was an avid bridge player and was known for being sharp as a tack. Aline Spotts was the epitome of a Southern lady who always had a smile on her face and never said an unkind word about anyone. Fall was her favorite time of year because it was football season. She always read the sports section of the newspaper first to know the schedule of the games. Aline was by far and away the biggest Ole Miss Rebel fan of all time. She was a devoted wife to her husband of 49 years, and a loving mother to her children, grandchildren, and great-grandchildren. Aline had eight grandchildren and five great-grandchildren, and she has been "Neenie" to her family ever since.

Aline moved to St. Catherine's Village on January 6, 2005, where she enjoyed the fellowship of many friends and wonderful staff. The Spotts family will be forever grateful for the great care she received at St. Catherine's.

Aline was preceded in death by her husband, William Max Spotts, her father W.J. Liles, her mother Maifred Aline Liles, her brothers W.J. (Billy) Liles, Jr., of Jackson, and John Edward Liles of Grenada, and her grandson, Ben Ingram.

The service will be held at First Presbyterian Church at 11:00 on Friday, September 28th with visitation preceding from 10:00-11:00 at the church. The entombment will immediately follow the service at the mausoleum at Parkway in Ridgeland.

In lieu of flowers, the family requests donations be made to the Benson Reed Ingram Scholarship Fund at the University of Mississippi (UM Foundation 406 University Ave. Oxford, MS 38655) or to First Presbyterian Church (1390 N. State Street Jackson, MS 39202).

Published by Clarion Ledger from Sep. 26 to Sep. 27, 2018.
To plant trees in memory, please visit the Sympathy Store.
MEMORIAL EVENTS
Sep
28
Visitation
10:00a.m. - 11:00a.m.
First Presbyterian Church
MS
Sep
28
Service
11:00a.m.
First Presbyterian Church
MS
Sep
28
Entombment
the mausoleum at Parkway
Ridgeland, MS
Funeral services provided by:
Parkway Funeral Home and Memorial Park
MAKE A DONATION
MEMORIES & CONDOLENCES
Sponsored by Parkway Funeral Home and Memorial Park.
3 Entries
May Almighty God and his son Jesus Christ bless you and your family in this time of sorrow. John 17:3
September 30, 2018
May perpetual light shine upon her and may all of your find comfort in your great sorrow.Thank you for sharing mom.....Love! Gerry
Geralyn Gray-Lewis
September 27, 2018
Offering our deepest condolences during this difficult time.
The Staff of Parkway Funeral Home
September 26, 2018
Showing 1 - 3 of 3 results