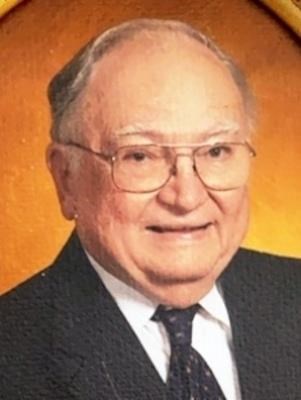 Jackson - D. Carl Black, Jr., 89, devoted father, faithful husband, retired attorney, committed Jacksonian, avid patron of the arts, and community and church leader, died in the loving care of many healing hands at St. Catherine's Village in Madison on June 17, 2020. He was preceded in death by his parents DeWitt C. Black and Alice Hammond Black, and his wife of nearly 50 years, The Rev. Dr. Ruth Wallace Black.

Born in Clarksdale on August 17, 1930, he resided in several Mississippi Delta towns while his father worked for the Illinois Central Railroad during the depression years. In 1933, he moved to Drew, where his father started a feed and seed business. Carl attended Drew public schools, where he participated in many organizations emphasizing drama and music. He was manager of the high school football team. During summer and school breaks, he worked as a telegraph operator for Illinois Central Railroad.

Following graduation from Drew High School in 1948, Carl joined several classmates at Mississippi College, Clinton, where he was a member of the college band and literary club president. He graduated with the top academic record in his 1951 class.

Carl then joined the graduate program of the Woodrow Wilson School of Public and International Affairs at Princeton University. This program included a summer internship in Washington, D.C. as a research assistant for the House Public Works Committee. Upon receipt of his Master in Public Affairs degree in 1953, he joined the U.S. Army for a two-year stint drafting manuals and lesson plans for field grade officers who were instructors in the civil affairs/military government school at (then) Camp Gordon, Georgia.

Following the Army and time as research assistant for the Public Affairs Research Council in Louisiana, he was recruited as Research Director and later became Assistant General Manager for the Mississippi Economic Council in Jackson. During his tenure at MEC, Carl obtained his law degree from Jackson School of Law. He then moved his family to New York, where he joined the Institute of Judicial Administration and earned his LL.M. (Tax) at New York University. He was awarded the first Harry J. Rudick Award for highest grades in the graduating class.

Carl returned to Mississippi to join the Butler Snow law firm in Jackson, where he headed the Tax Department for many years. During his tenure, he chaired the MEC Taxation Committee and the Tax Section of the Mississippi State Bar. He later received an Honorary Master of Laws degree from Mississippi College.

In the community, Carl was one of the founders of New Stage Theatre and served as Treasurer and Board Member for many years. He also had roles in two musical productions. His musical interests led him to leadership in the Mississippi Symphony Orchestra where he served as President. He was a member of River Hills Club, Newcomen Society, University Club, and Capitol City Kiwanis Club.

A longtime member of St. Andrew's Episcopal Cathedral, Carl served as church school teacher, vestry member, parish treasurer, clerk of vestry, Junior and Senior Warden. In the Diocese of Mississippi, he served as a member of the Finance Committee and as Trustee. He also served as Assistant Secretary of the Trustees and as a Licensed Lay Reader for his parish. For St. Andrew's Episcopal School, he served as Board Member and Chair of the Finance Committee, providing leadership in relationships between the School and Cathedral.

Carl was an Anglophile and loved traveling to the United Kingdom. He delightedly visited his daughter and son-in-law numerous times as they served on military assignments in Germany and California. For many years, he and his trusty beagle Rachael could be spotted happily walking through Belhaven and waving to everyone he knew. He enjoyed fishing and time at his lake house. Most of all, he loved life, his church and serving his community. Carl was an epicurean and always savored the opportunity to appreciate a good meal.

In lieu of flowers, memorials may be made to St. Andrew's Cathedral, the Chapel Fund at University of Mississippi Medical Center, Stewpot Community Services, and Operation Shoestring.

Family will joyously and prayerfully gather together for a small ceremony to celebrate Carl's life. Due to COVID-19 challenges, there will be no visitation or public gathering.

Published by Clarion Ledger from Jun. 20 to Jun. 21, 2020.
To plant trees in memory, please visit the Sympathy Store.
MEMORIAL EVENTS
To offer your sympathy during this difficult time, you can now have memorial trees planted in a National Forest in memory of your loved one.
MAKE A DONATION
MEMORIES & CONDOLENCES
Sponsored by the Clarion Ledger.
2 Entries
Carl was a wonderful man. I enjoyed having planning secessions with Carl. I was lucky enough to have known him.
Dean Blackwell
Friend
June 22, 2020
Carl and Ruth were great people whose absences is a real void. May they go from strength to strength in that perfect service that is Christ out Lord.
Robert Wise
Friend
June 20, 2020
Showing 1 - 2 of 2 results